LONDON, Monday 14th July - The UK based anime inspired brand have launched a delicious new comic Kickstarter campaign and need your support to make it a reality. 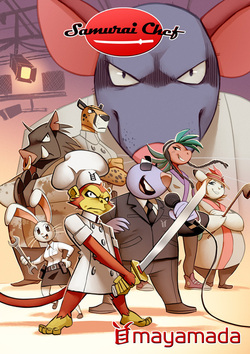 Samurai Chef is an action comedy story with a lot of food. It begins as a simple cooking competition a la Iron Chef, but when the Elite Chefs turn up with special ingredients that turn their dishes into battle ready opponents the contest between dish and judge is taken to a whole new level!

The second volume picks up immediately where the first left off and sees the Samurai Chef continue to battle his way through a series of dishes cooked up by a series of Elite Chefs.

Written by the team at mayamada and illustrated by UK artist Pinali, mayamada are creating a new style of manga title where YOU are the publisher.

The Samurai Chef book combines elements from western and eastern comic making, features an anthropomorphic cast of characters and is set in a fantasy television world.

The mayamada team have already run a successful fundraising campaign for Volume 1 and will produce a bigger story over a 150-page graphic novel with 300GSM silk stock cover and all pulled together with a perfect bound spine.

Unfortunately, most of the rewards don’t involve as much food as the story itself, but there is a great selection including digital and limited edition cover as well as the chance to become a character in the story. 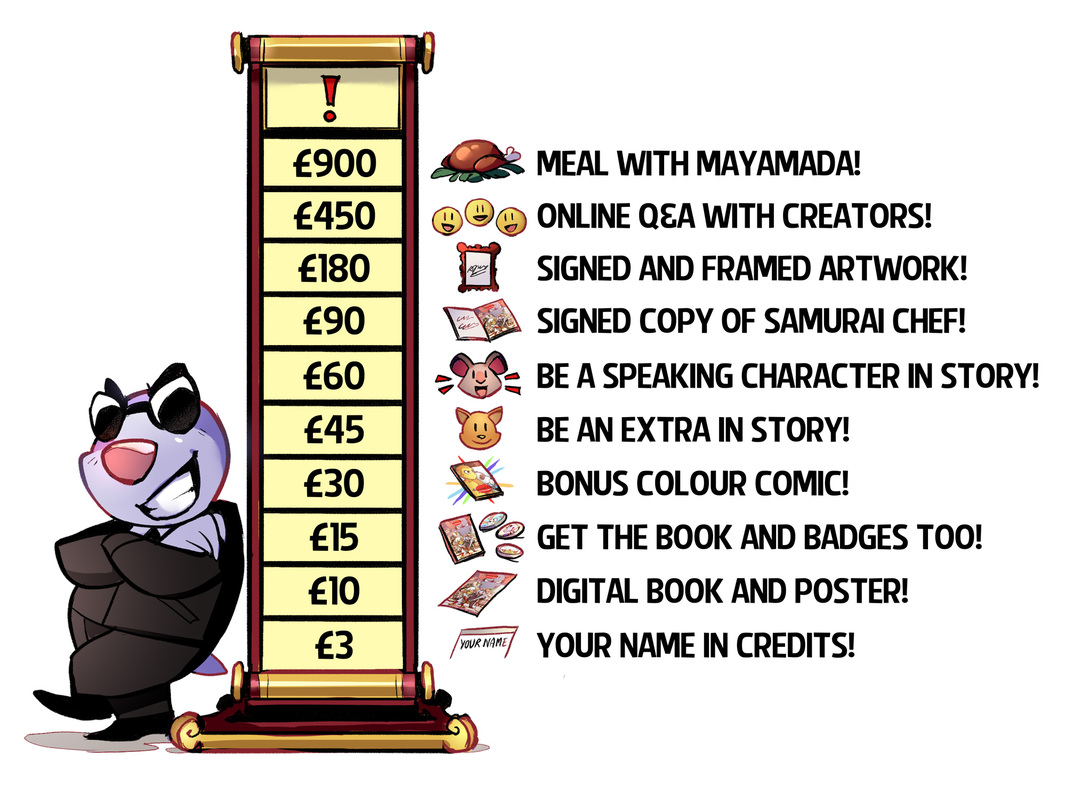 Check out the project and become a part of this new and unique manga creation the campaign ends on August 9th. You can discover more details of all rewards as well as contribute to the Kickstarter on the project page.

mayamada is a story driven brand inspired by the anime / manga style and character. Based in London and created by Nigel Twumasi and Lao K, they fuse clothing, comics and original characters into a unique and fun-filled world.