Welcome To Espionage, Everyone... 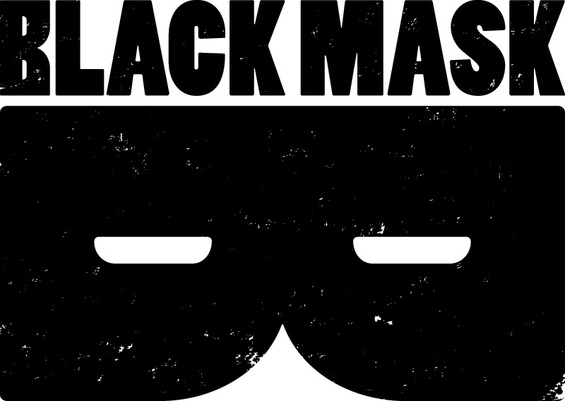 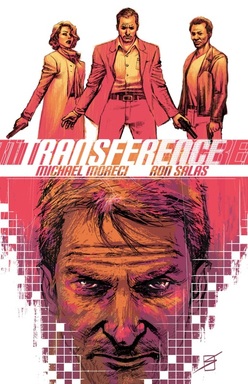 Upcoming comics writer Michael Moreci (Roche Limit from Image, Burning Fields from Boom!) has joined forces with incredible artist Ron Salas (Prince Valiant from Dynamite, Existence 2.0 from Image) to bring their brand new science fiction thriller to shelves. Transference is a spy story that breaks all the rules, a time travel story with a twist, and one of the most exciting comics coming to shelves this year.

Colton Moss and his elite team of special agents run counter-terrorism operations utilizing a secret form of time travel technology called "transference," which enables them to send their consciousnesses back in time - but, when Colton's past is altered to reshape his life in the present, he discovers this technology isn't as exclusive as he thought. Now Colton must prevent a large-scale insurgency in the U.S. - and do so in the transference-past, where a terrorist's consciousness could be in any body, so everybody is a potential suspect. 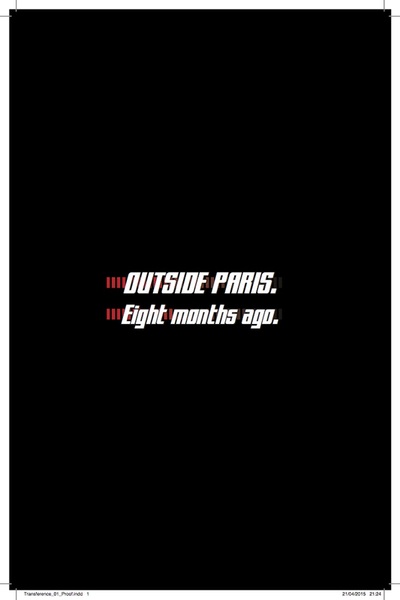 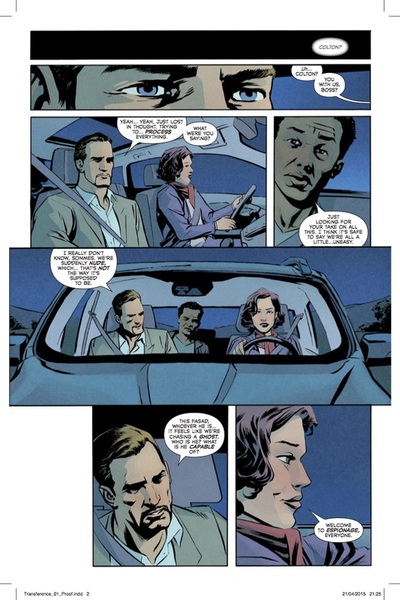 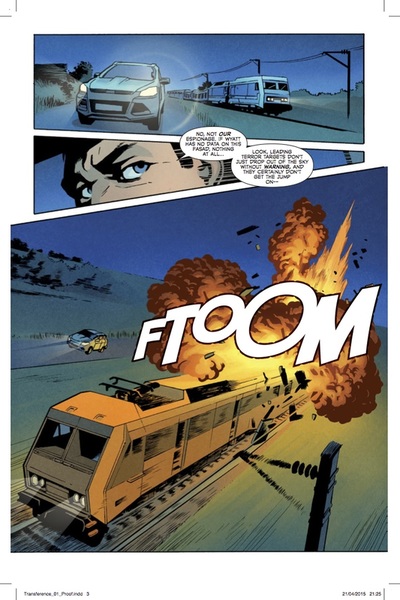 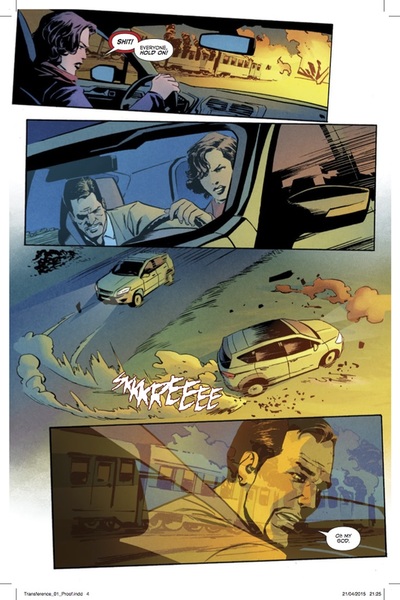 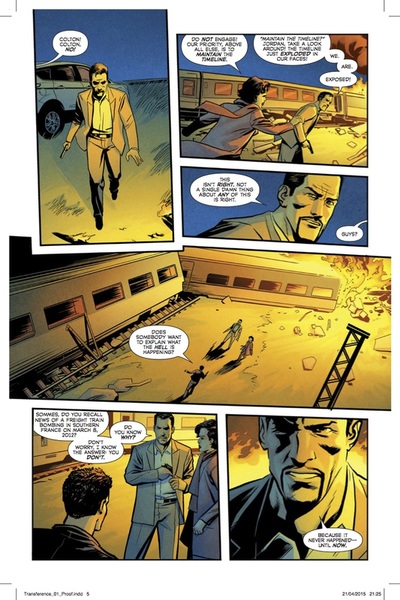 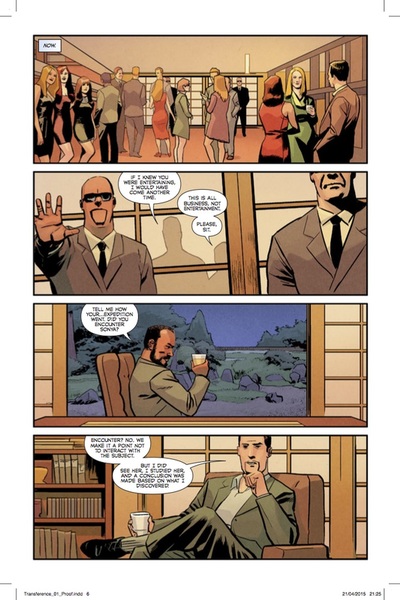 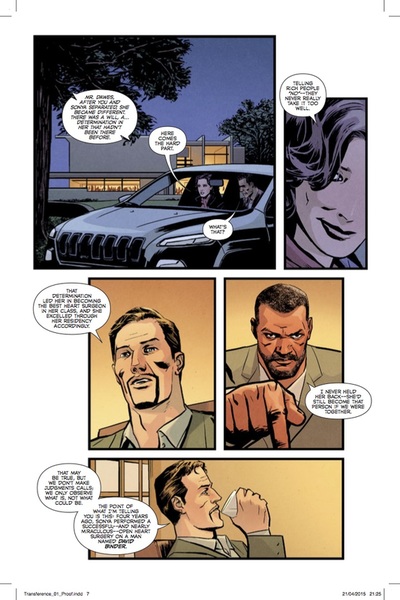 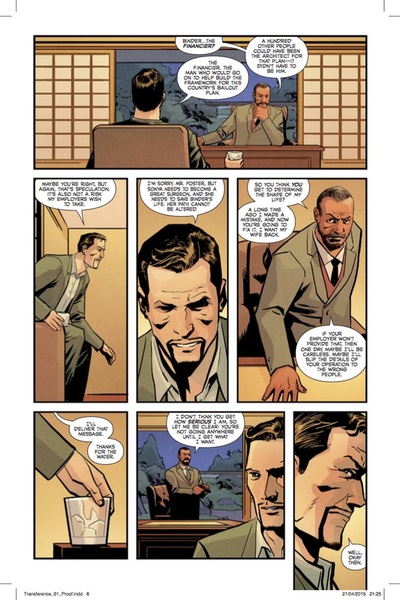