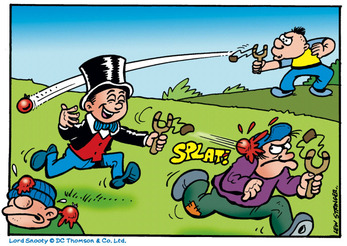 It simply wouldn’t be cricket without the rain pouring down on us at this time of year. Fortunately, while the long range weather forecast can’t guarantee sun at Edgbaston Cricket Stadium on Saturday 18th April 2015, The Birmingham Comics Festival can promise to help raise a smile by revealing that ace cartoonist Lew Stringer, famed for his work within The Beano, Toxic and Dr Who Magazine, will be another most welcome guest!

“It’s an immense pleasure to officially invite someone who’s already a frequent visitor to our city,” said the festival’s organisers, “Whether it’s for Viz or The Beano, Lew Stringer knows how to make people of all ages laugh, so we’re really looking forward to his company and spreading that joy at the festival.”

A master of the pun, with a sense of timing that allows comedic scenarios to be played out to their fullest; ensuring much slapstick cartooning and applying his keen eye for the sight-gag along the way, Lew Stringer continues to be among the nation’s finest comic strip humorists.

Not only has he contributed to some of Great Britain’s bestselling comics, magazines and the odd newspaper in his professional writing and drawing career, his sense of humour travels well abroad, with his own characters like Brickman and the Suburban Satanists syndicated in comics over in the USA and Scandinavia. Then, when he’s not writing or drawing for comics, as a noted historian on the subject, he writes about them too; his articles appearing in magazines, on the BBC’s website and regularly at own Blimey! blogsite. 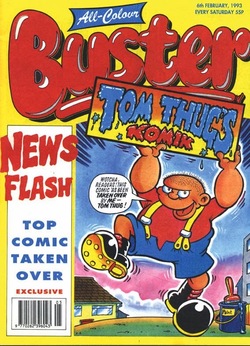 Artist Richard Elson who worked with Lew on the hit that was ﻿Sonic the Comic﻿ said of that period: “Collaborating with Lew was a genuine highlight of my professional career,” further commenting about the cartoonist in general, “He is quite brilliant. His characters and creations have entertained and inspired generations and to top it all, he is a really great bloke.”

Lew Stringer will be sketching and signing comics at The Birmingham Comics Festival and there may be an opportunity to buy original art from him too. What’s more, fans can also look forward to the cartoonist revealing what exciting new fun projects he’ll be getting involved with and him taking part in some of the other surprise events and talk shows being planned for the festival. 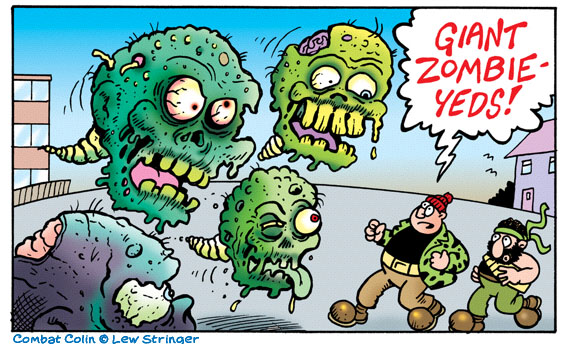 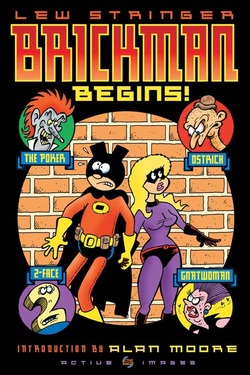 Lew Stringer began contributing gag cartoons to Marvel UK back in 1983. This soon led to full-blown strips like Combat Colin where his work offered comic relief within such adventure titles as The Transformers and Spider-Man. Concurrent with this, he assisted veteran cartoonist Mike Higgs on his Moonbird children’s books and then began contributing to Fleetway/IPC’s humour line - For which he holds the distinction of his own Tom Thug creation barging successfully from the anarchic youth anthology Oink! into the pages of the venerable giggle-fix that was Buster and appearing regularly each week until the comic was finally retired.

During the 90s’ British adult comedy comics boom he began working for Sweet FA alongside the still enduring Viz magazine. His art has graced the pages of The Daily Star and Sunday Sport newspapers, while his work as a scriptwriter has featured in the pre-school Lego Adventures and CiTV Tellytots and also for the highly successful Sonic the Comic.

Lew Stringer has been a regular writer and artist for Toxic, Britain’s bestselling boys’ magazine, since its conception and joined Great Britain’s longest established comic publisher, D.C. Thomson, to draw classic characters like Ivy the Terrible, Lord Snooty and The Smasher for The Beano and The Dandy line, while more recently he took on The Daft Dimension for Doctor Who Magazine. Elsewhere, his Brickman creation is a supporting strip across the Atlantic in Elephantmen, while Suburban Satanists has featured in Herman Hedning and Nemi Magazine over in Scandinavia, and rumour has it could feature elsewhere in the near future too; as no doubt may many of the other characters he seems able to endlessly create for our amusement. 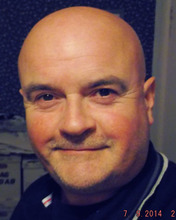 Lew Stringer will be appearing at The Birmingham Comics Festival on Saturday 18th April 2015, for more information visit: www.thecomicfestival.com