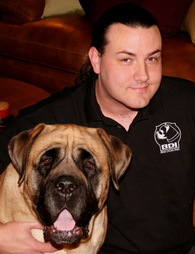 Its Tom and the BDI mascot!
Hi there, and welcome to the Mind Meld Tom! For those who may not have heard of you just yet, could you tell us a bit about yourself?

I'm Tom Hutchison. I founded Big Dog Ink in 2009 in order to publish my own work. I function as the publisher, art director and am also the head writer for the majority of the books we publish. My first published work was in 2010. Penny for Your Soul was the second book I wrote, but the first that hit the market. Critter followed soon after in the summer of 2010 and I just kept on writing.

As the head of Big Dog Ink, along side your wife Kim, you've been running BDI since the very beginning in 2009. Did you ever think that you'd be where you are now today with the company? Especially as an imprint of Aspen?

When this all started, the idea wasn't really to build a company. It was to write comics and publish them and have something of my own. But our sales were so good that we kept expanding the titles and even hit the Diamond Top 300 list multiple times. The Aspen merger came from our inability to continue to grow really. We were essentially a company of three people (including Eric Hoffman for a couple of years) that just couldn't keep up with what we were doing, primarily from a marketing standpoint.

Too many shows, and so much time away from home and office took its toll and so we talked with Aspen about partnering up so that we could take advantage of the infrastructure they had already in place, and our books certainly fit well together so it seemed like a nice fit to give both sides a little kick in the pants. But, I guess the short answer is no. I never would have imagined turning out so many books, so many issues, in such a short amount of time.

A vast majority of BDI titles aside from Rex: Zombie Killer all tend to have female leads. Was this an influence from Kim or something you decided to do on your own since the majority of comics tend to have males as the lead?

The essential answer to that question is simple. I wrote, and write, what I want to read. There are more than enough male lead characters in comics, and while I certainly had my share of growing up with Batman and Spider-Man etc, I was generally always more interested in the supporting characters, which in many cases were female. Wonder Woman was the exception, of course. Besides Supergirl, she was the only female character with a female lead tat I knew of back then, and her stories tended to be vastly different from things like Batman and Superman and so on.

There's no doubt that Wonder Woman, and the people who wrote those stories more specifically, shaped my mind as a kid and what came from it was a the simple idea tat women are at least equally as interesting as men, and in many ways far more deep. Or, are at least allowed to be more deep than most of their male counterparts. BIF! POW! AND SLAM! are great, but it's not what the character can do that makes them interesting, it's who they are inside that matters. 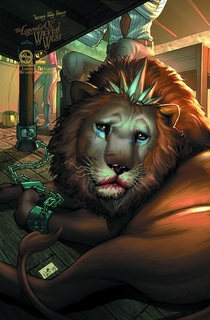 Me thinks Lion needs to maul someone! 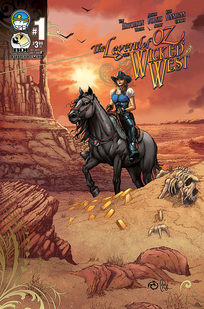 Considering a certain aspect of Penny For Your Soul, has there been times when you've had to deal with those of a Religious nature who were less then pleased over the content?

Honestly, and surprisingly...no. I fully prepared for an onslaught of religious backlash, but I have priests and former nuns and pastors wives and so on that love the book. They understand the entertainment value of the book and probably appreciate that I have done my due diligence in researching what I needed for the story itself. I love theological discussions with folks that get it. To date, my sole experience with people who don't like it are simply folks who tried it and it wasn't for them. And that's cool. It's why I do so many different genres. So no matter who comes to the booth or sees our stuff on the comic book racks, there's gonna be something for them.

Since the announcement of the deal with Aspen, you and the rest of BDI have been busy touching up on past issues of the catalog in order to have them be released. Critter #1 was one such title to see be re-published with new touches here and there several weeks ago. Some discontentment has been somewhat noticeable on account of this due in part to them favoring furthering the story rather then seeing older content be re-published again, was that something you were expecting to happen? Or was it possibly a surprise to see?

Well we would all love to just dive into new issues or pick up exactly where we left off, but the bottom line is simple. the way comic book retailing works required us to rebrand the products under the Aspen banner. Because if we simply published Critter #21, the aspen readers, and many other comic book readers who also had never heard of us, would not have responded to it as well as if we were able to start fresh for them and get them up to speed before going off on new adventures. That's also why we added new material into the re-released books. Critter and the now released Legend of Oz have brand new back stories in them for those that want something new. The only other option really would be to reboot the series and truly start over.

But I for one would forever vote against that course of action as it would make the stories we had already started null and void. But to tell the truth, as we have traveled the country this year, the response has been very enthusiastic and our existing fans understand why we have to do things this way, and they are happier that we are still here rather than vanish like so many other small publishers have done in the past. We are working hard to get everything back in production, and there will be some new stuff coming next year along with whatever re-releases we have.

You certainly have a nice variety of genres being used for your titles such as adventure, super heroics, horror, and sci-fi as examples. Is there any genre you plan to not touch upon?

As far as I'm concerned, anything is open. If I find a story I want to tell in any genre, then I'll do it. There's no reason to hold back the creative drive because a genre might not be ideal for a moment in time. And I can tell you in fact that I have TWO NEW TITLES that are both with in genres that I haven't really played with yet. So stay tuned. 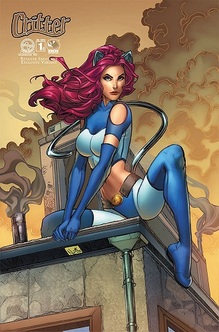 Its a wild Critter! 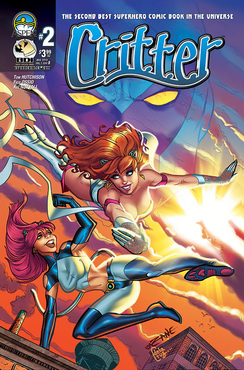 What led to the inspiration for each of your titles?

Inspiration can come from anywhere. Oz was a blend of images and locations being slammed together as I drove through New Mexico. Critter is my love letter to the superhero age I grew up with. Ursa Minor came from my love of horror and monsters as well as an image by Gil Elvgren. Inspiration is everywhere for a writer. Just be open to it.

Where do you hope to see BDI in the next five years?

I can only hope that BDI is alive and well and continuing to produce great comics. 5 years would mark our first decade in the industry, and with our fan's continued support, we will have a HUGE birthday bash in 2020!

When it comes to the world of print vs. digital, what's your view on it?

This is a complicated question, but the reality is, digital is going to be a bigger deal the longer it is around. For now, comics are being made and marketed for an audience that grew up with paper product. Including me. I personally can’t read digital comics. My sensory input gets nothing from the experience. But, kids today are growing up with less and less paper. Even note passing in class is now just a quick text on a phone. Digital is real, but it’s not for us. Not for those that buy things now. It’s for the next generation. Those that will grow up with devices and not books.

But, that too presents its own set of problems as content becomes easier and easier to create and post like youtube and the like. Comics and storytelling in general have to compete with a world where anyone can create content in minutes and be published in a dozen different ways. Digital comics will have to fight for their audience just like paper comics do today.

What can fans of Big Dog Ink expect to see next from the company? Perhaps a crossover with all the titles and maybe with Aspen at some point?

No, our books exist in many different worlds, so the only two that can logically crossover are Critter and Penny for Your Soul. And we did that in the 7th and 8th issues of Critter in the ongoing series. As for Aspen crossovers, that may be possible, but as you always hear, it has to make sense to do. There’s plenty of fluff saturating the market today, we’d rather produce something we feel strong about rather than simply throw out a little piece of a hype machine that never lasts. But never say never! There are always things being discussed about Aspen and BDI books, so seeing a Critter/Fathom book is certainly a possibility.

For those who are looking to get into the world of comics, or are just starting up, what sort of advice would you give to those folks?

Simple really. If you are a writer, write. All the time. Every day. If you are an artist, of any kind, do your art. Every day. Be professional with your hobby in order to turn it into an actual profession. Yes it’s art, but it’s also business and you have to understand that and understand how it works before you will ever be taken seriously in the industry. I’ve helped lots of folks figure out the intricacies of the comic book world and even have ways people who don’t know me yet can get a little extra help. Just head over to patreon.com/tomhutchison to not only help support myself as a writer, but to also let me help you with whatever you might need in your journey into the comic book world.

Many thanks to Tom for taking part! So remember folks to not miss out on the next BDI release!
comments powered by Disqus
Powered by