Its a brand new Mind Meld! And this time, one Stefano Cardoselli is up to be questioned! And boy he's got one heck of a resume! 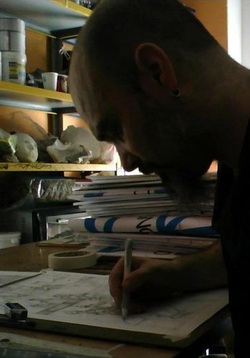 Stefano hard at work!
1. Welcome to the Mind Meld Stefano! Now for everyone reading this who may not be familiar with you. Can you tell us a bit about yourself?

I was born in Orbetello in Tuscany, Italy. I started drawing when I was little, and I read a lot, too. Always loved drawing and wanted to become a comic artist. I designed and wrote my first comic books when I was 10 to 11 years old. My first comic book was released in 1999 for the publisher Antarctic Press "Winds of Winter" after I started my collaboration with Heavy Metal magazine (I celebrated my 13 years of stories published with them recently). I also worked and work with 2000 AD, Antarctic Press, Simon & Schuster, Dark Slinger comics, N.A.S. Studios, BlueWater Comics, Comics LAB Eureka and many others. I make an apology if I have forgotten the names of anyone else.

2. Wow, now that's a boatload of an impressive resume! As someone who's personally witnessed seeing a lot of your art work on Facebook. That means you are pretty much drawing all the time, how often does that tend make you feel burnt out from it?

I tend to start my day early with a cup of Coffee. And through out the day, I tend to put my time to good use by working on many comics at the same time; easily spending 12 to 13 hours on them. Which helps a lot when there is a deadline nearing.

3. I originally first heard of/met you way back in like 2010 or 2011 during my time at InvestComics, and at the time you were and still are working on a project called "Who Will Save The World?" What kind of process has that been like for you personally?

At times there was moments when we had to re-write some parts to make it better. And after several of those, we were immensely happy with the final result. The book is finally finished and will soon be ready for printing. We will be releasing it on the Dark Slinger Comics publisher name. Readers will be able to enjoy 60 pages of War and Zombies. 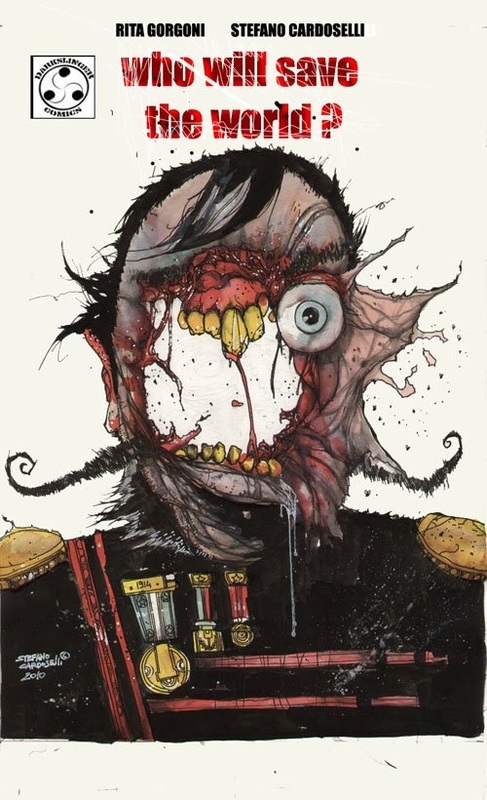 Well.. I don't think even a mother could love that face!
4. What inspired you to start the title?

I began to form ideas for the book after taking in my surroundings and of the world in general. This process was a wonderful way to help gain inspiration. And from there, I've been working on "Who Will Save The World?" ever since.

5. As someone who's been in the Industry for some time, what has been some of your favorite moments? And if you could do any of them over again. Would you do it? And why?

Its a cross between my first comic book being published or seeing my name on the cover of Heavy Metal for the first time because of a story of mine being inside. Both were very nice. As for if I would go back and do anything over again. Well... I prefer not to look back and just keep going onward. I've worked with a lot of great people and its all been fantastic. And a vision I have is to always see new ideas being implemented. 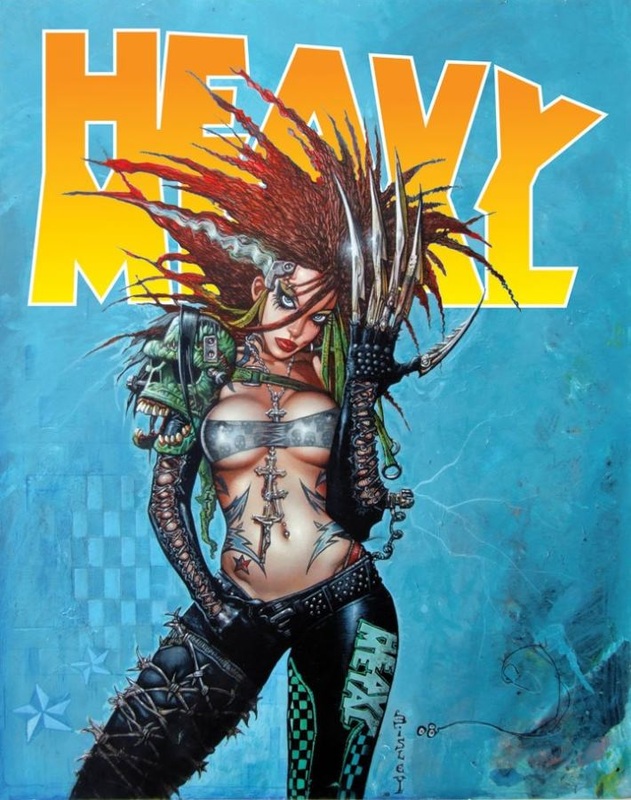 Issue #261! Sure wouldn't want to anger her!
6. Aside from 'Who Will Save The World?', is there any other projects you are currently working on that you can tell us about?

I tend to be called “Stefano: The Machine” by my friend Brian. Mainly because I am always doing new projects, plus never taking a break as well. “Heart of Stone” which is being published by N.A.S. Studios and is a one shot I am currently involved in that is almost complete. Craig Gilliland is bringing his colors to the table for the one shot as well! Other projects I am involved with are: the 5th issue of “Chronicles of Van Helsing” from Dark Slinger Comics (Adam Watson), along with Rato stories from Brian S. Logan, the “Vegas Yeah Yeah” book for ThirstyShadow Productions, LLC. Which will feature Taffeta Darling. Along with “Scream of The Grave” and "Gamer VS. Zombies” from Eureka Comics Lab. As you can tell I'm practically never still and I do apologize if I've forgotten anything!
7. Where do you hope to see yourself in say about 5 years from now?

I hope to be a Zombie, or falling that perhaps a Zombie Hunter.

8. And as for my final question. For those hoping to get into the Industry, what kind of advice would you give them?

My advice would be to always be yourself as well as being original. And if you get denied by an Editor, don't let that stop you. Never back down from what you are wanting to do.

Many thanks Stefano! To check out more of Stefano's art as well as anything else going, head on over to his Facebook page!
comments powered by Disqus
Powered by