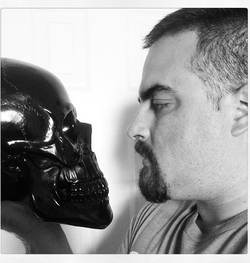 Hey its Nestor in an odd face off with a skull!
1. Hey Nestor, how’s it goin’?

2. Care to give us an introduction into the world of Planet Nestor Comics? How did your label come to be?

Planet Nestor is my creative outlet that I hope to turn into a business. The main focus will be on storytelling with the comic book medium, but I eventually want to branch out into film and animation projects.

3. I really dig your art style, what influenced it?

Thank you. I think my style is a product of my upbringing. I've lived in some diverse places and I think I've picked up elements of style from them. For example, I spent my early years in Hawaii where I was exposed to a lot of Manga and Anime. I also spent time in New York where my older cousins would pass down silver age Marvel comics to me. I also was brought up loving movies. As a kid in eighties, there was a lot of fun movies to watch, and I think they influenced my creative aesthetic.

4. Do you do the sole writing/art on your projects, or are there others in the Planet Nestor stable of creators?

As of now, I'm a one man show doing everything. I eventually want to collaborate with other writers and artists. 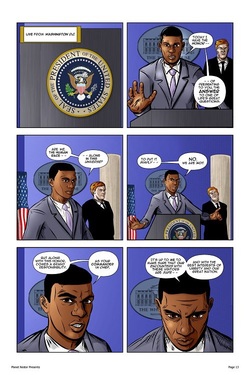 Page 2 of Planet Nestor Presents!
5. You seem to do a lot of sci-fi related stories, is that big genre for you? Will you branch out into other genres one day?

Science fiction is important to me as a storytelling tool because I feel you can immerse the reader into an idea that might not click with how things work in the here and now. I love the ability to do stories that tap into the unknown.

6. When can we expect the next Planet Nestor comic to come out?

I'd like to have a new Planet Nestor comic out by the fall, or at the very least another freebie available next free comic book day.

7. Any hints as to what is coming up next?

A hint at what's next is a variation on a story that means a lot to me personally. It's a twisted love letter to doing what's right at all costs. I've just begun to scratch the surface with some concepts and designs, but I can tell you that the protagonist of the story is a woman named Azneth and there will be emotion and a lot of ass kicking. 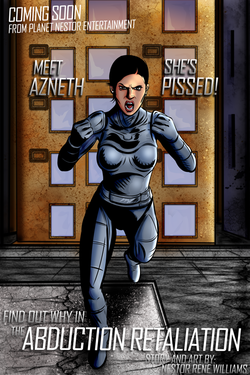 8. What are your thoughts on the digital versus print debate in comics at the moment, and do you prefer to see your comics as digital only or in print as well?

I know it might sound strange because I work digitally, I use a bamboo wacom tablet to draw, but I prefer to read my old fashioned floppy comics. Lately though, I've enjoyed using the digital copy to read on the go and pack away the print issue with my collection. I think comic books will stay with the print option for a while. There's something about hanging into back issues of your favorite stories.

9. I think I may know the answer to this next question, but are you a Marvel or a DC (or Indie)?

I try to stay open minded, and every company has something great to offer, but I'm a sucker for Marvel. I can relate to their characters a little more.

My advice would be to work hard at standing out. I love superheroes, but I'm not coming out with a superhero comic anytime soon. Why? I don't think I have anything to add to that genre just yet. So my advice is to go against the grain. Do what's in your heart, but make it unique.

Editor's Note: To stay up to date on all things Planet Nestor, head here! 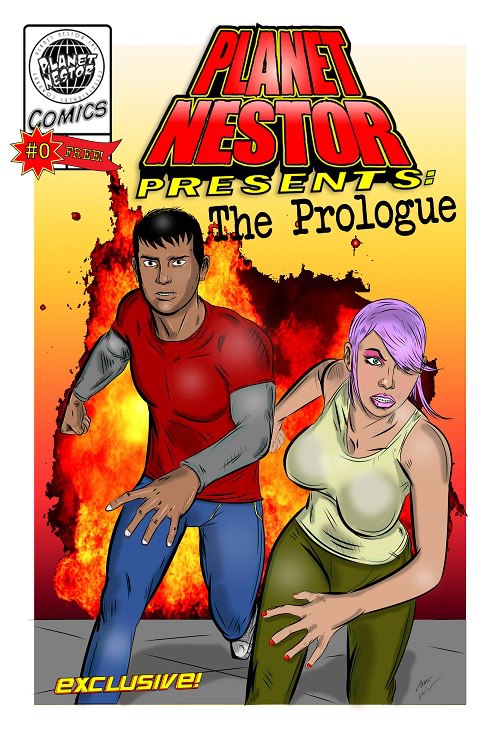