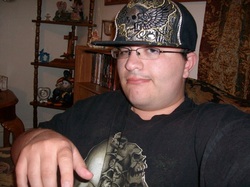 For some, the journey to creating their comic book may not exactly be a time consuming process. For others however, it can be time consuming and a bit daunting. Michael Sacal is one such indvidiual whose journey to create Knight's Legacy was years in the making, but now years of effort and time are about to finally pay off for him. Join us for the latest Mind Meld as I sit down to talk with Michael! 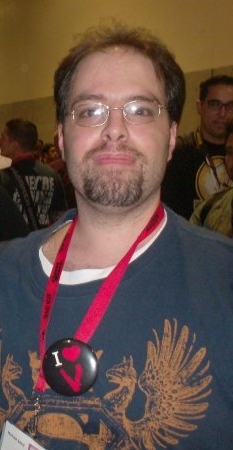 Its Mr. Sacal!
1. First off, I just want to say thank you for agreeing to this. Now for those that may not have heard of you, would you tell a bit about yourself?

My name is Michael Sacal. I'm the President and founder of Heroic Tendencies Studios, the Creative Director of the Majestic Universe (a shared science fiction/fantasy world that tells a vastly-ambitious, yet consistent saga with a beginning, middle, and end), and the writer of Knight's Legacy, the story of the modern heirs to the legacy of the Pendragon. I’m passionate, determined, focused, stubborn, methodical, loyal, and self-deprecating. When talking about myself I strive to be succinct and not say too much when saying too little very well can paint a clear picture, as I’ve strived to do here.

2. Why you're quite welcome! What can you tell us about both Heroic Tendencies Studios and the Majestic Universe?

Heroic Tendencies Studios is a collaborative effort between a group of writers and reviewers that have come together to usher in the Majestic Age (TM) of storytelling.

Manuel Suarez, Sebastian Gomez Gallardo, and I founded Heroic Tendencies Studios in 1998. In the years since, many have come and gone, including Manuel and Sebastian. The current members are Aaron Thall, Ryan McLelland, Adam Ferenz, Robert MacDonald, Glenn B. Fleming, Trey Wickwire, and myself.

The Majestic Universe is a shared science fiction/fantasy world inhabited by ordinary people caught in extraordinary situations that force them to find the heroes within them. It is a verisimilar world with a rich history that forms a complex tapestry that unfolds across seven interconnected series that tell a unique story with a beginning, middle, and end in the form of a vastly-ambitious, yet consistent saga.

The Majestic Universe has been a passion project since I originally conceived it. Ever since then, I’ve worked tirelessly in developing the characters, arcs, and story until I felt ready to pursue its publication.

Back in 1998, I was searching for inspiration to create a traditional superhero story. From the start, I’d always wanted the story to be epic, which meant having epic heroes and epic villains. I’ve always liked Arthurian lore since I first saw “Excalibur” and “The Sword in The Stone”, and, in my opinion, Arthurian ideals are the ultimate form of good that has ever existed, so I decided to use that as the basis for this story.

Early on, I decided to make the story an epic modern fantasy rather than a superhero story, and instead of making it about Arthur and his knights in the present, I made it about their modern-day descendants, which I feel makes it an original idea.

4. When it comes to Knight's Legacy, is there a certain audience you are going for? Or are you hoping to have something of a widespread audience?

I don’t have a preference. I just hope people will like what I created, and that those who are more versed in the material that inspired it than I am will judge it fairly. Knight's Legacy is an Arthurian story with elements of romance, chivalry, and knightly battles I hope will appeal to readers of all ages and genders. 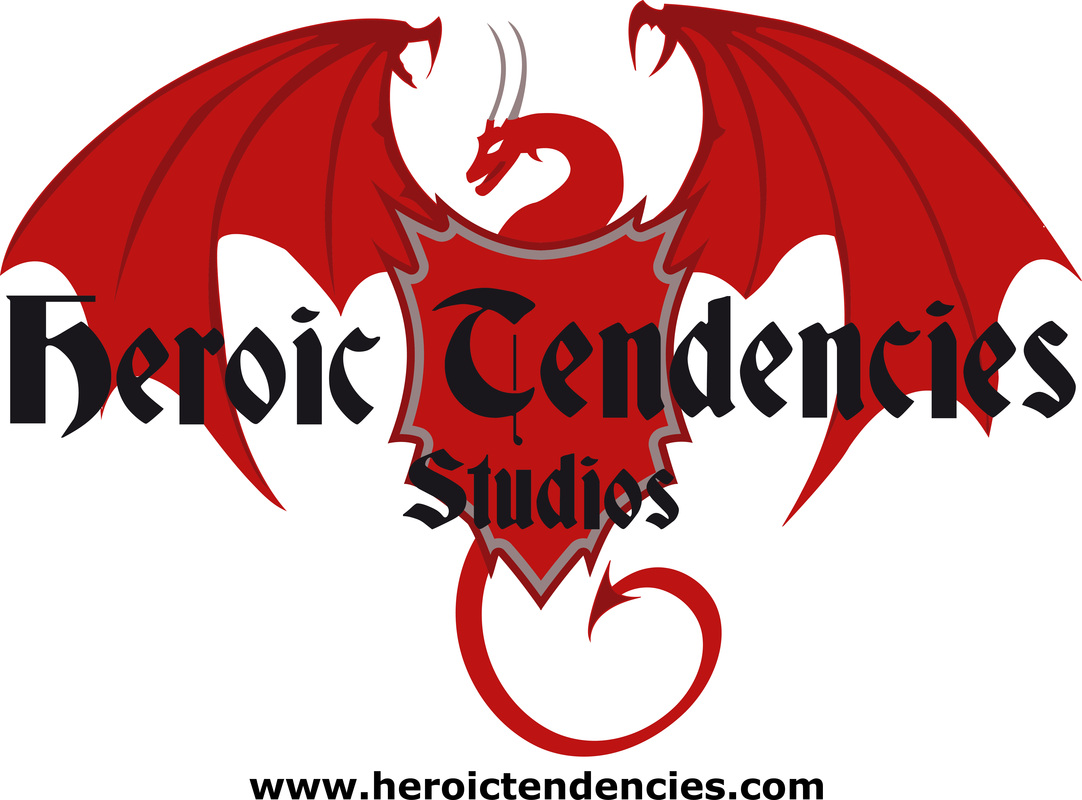 Heroics have a new home! 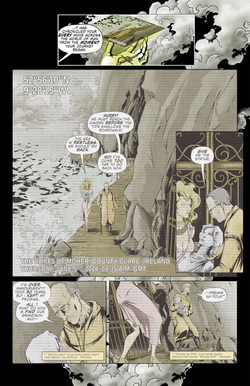 Page 1! Click to enlargen!
5. As someone who's seen quite a few of your posts on Facebook when it comes to Knight's Legacy, it seems that so far you've had quite a journey in the making of it. And all even before going to Kickstarter. What's that experience been like for you?

The insane amount of time it has taken me to get the story right can be discouraging, but seeing the story take shape, first as a script and then as artwork, is fulfilling. At this point, all I can hope for is that all this effort I’ve made will be worth it.

6. In the vein of my previous question, do you think the journey on Kickstarter to full funding may be a similar experience to the one you had in the making of Knight's Legacy?

I first conceived this idea in 1998. That’s 16 years. The fundraisers (there will be three to raise the funds to produce this graphic novel as three installments of 48 pages) will each run for 30 days at about two or three months apart from each other (the time it will take to produce each installment once the funds are collected). That means it will take a year to go from the first fundraiser to the release of the third installment. Hopefully that year won’t be the same as the 16 years that preceded it, meaning no more false starts and just forward motion.

7. If in the event you aren't able to realize full funding for your title, what will you do then?

I’m not sure, to be honest. Probably try again, with the same project in a different format (like 24 pages instead of 48 if need be).

8. Going off track a bit, you've also made numerous comments on Facebook that have often led to many conversations about Marvel and DC. But mainly DC Comics itself. Which could possibly lead one to thinking you have something of a grudge against DC. Would that be something that's close to the truth or just you with a fairly strong opinion on the Publisher?

It’s definitely not a grudge; it is like you say a strong opinion of the publisher. I love DC; it’s one of my favorite superhero universes. Over the last decade, if one looks at everything they’ve done with an objective eye, they can see the multiple mistakes they’ve made (and keep making, again and again and again in an attempt to reach a different result). I have no problem pointing those mistakes out, nor pointing out what clearly drives them, which in 99.99% of cases is a clear nostalgia for the past and a clear dislike for anything from the 80’s and 90’s.

9. When it comes to Print vs. Digital, what's your line of thinking?

Digital comics are in their infancy. The majority are digital versions of comic books formatted for the print medium as opposed for the digital platforms. The debate right now is centered on the delivery of the product as opposed as to how the format affects the way the story is told differently between the two.

I’d be interested in seeing comics formatted and produced with the advantages of digital media in mind, as opposed to comics that have been digitized for digital distribution.
10. When it comes to Independent Comics, do you think things have improved for the Independent scene in the last few years? Especially as technology has generally improved over the past few years?

To be honest, to my own detriment I haven’t paid as much attention to things like distribution and printing as I should have. My focus has been on the creative aspect of Knight's Legacy and other parts of the Majestic Universe, which hasn’t left me with any time to do my proper homework. In terms of production, from what I’ve seen other people create and what I’ve seen the artists deliver on this project, I’d say that technology has definitely improved things to the point that an indie comic book can be indistinguishable from one published by a major publisher.

11. Where do you hope to see yourself, Heroic Tendencies, and Knight's Legacy in say the next 5 years?

I’m taking the first year in this five year scenario as the time it’ll take to run the fundraisers to produce the opening Knight's Legacy arc and produce the pages.

12.  If you could go back and do any one thing differently, what would it be? And why?

I wouldn't change anything. Writing this novel has been a learning process from start to finish. All the ups and downs, false starts, etc, have resulted in the finished product that I'm now, finally, putting out there for everyone to see. To change anything would mean changing this finished iteration of the story, and I wouldn't want to change that for anything in the world.

13. If you were given the opportunity and freedom to write for any one comic, what comic would that be?

A heroic epic set in the VALIANT Universe centered on the Geomancers.

14. What kind of advice would you give to those who are looking to get into making comics?

Don’t copy what other people do, whether it’s plots or characters. Be original. Find inspiration outside of comic books. That’s what comes to mind.

Editor's Note: A big huge thanks to Michael for sitting down with IndieComiX and allowing us to pick his brain on a few things! Be sure to help fund the Kickstarter!
Editor's Note: And for those of you who aren't sure about donating for Knight's Legacy, why not download the Knight's Legacy: The Essential Guide! As its sure to help you learn all you need to know!
comments powered by Disqus
Powered by