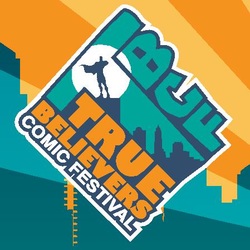 Along with a great selection of panels - in which fans can put their comic related questions to our guests and exhibitors – True Believers 2016 will see the inclusion of a Table Top Gaming area, which will be run in conjunction with Proud Lion and will see game events and demos run throughout the day.

True Believers 2016 will also see the return of the Celebrate Cosplay hall, again featuring guest cosplayers, who will be on hand to pose for photos and discuss the art and skills of cosplay. Cosplayers will get the chance to strut their stuff and show off their costumes on our Cosplay Catwalk, which is open to all of the cosplayers who attend.

As with last year, there will be a wide selection of independent comic artists & creators and traders, who will be selling back issue comics, toys, clothes and other memorabilia across the 150+ tables on the main convention floor. 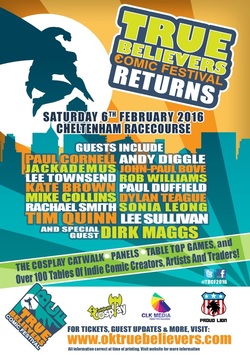 Tickets for True Believers 2016 are available from our website now at the following prices;

True Believers 2016 is supported by CLK Media and Proud Lion.

More information on True Believers 2016, our guests, traders, exhibitors, activities and tickets can be found on our website.