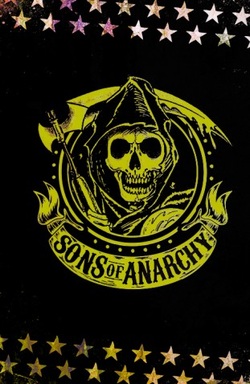 Summary: Kendra's reasons for why she came to the Sons in need of help are explained.

Obviously you’re an SOA fan. Otherwise you would not be reading this review. I’ll take for granted you’re also a patron of the fine art of comics; an experienced comic book reader. As such you will no doubt relate when I say (write) here that in the long tradition of mini-series issue #2 is not always the best. Usually #2 is coming off a successful #1 and if it’s done the job of making you buy the title for another issue it’s got a lot to live up to. #2 doesn’t always deliver. There’s a lot to live up to. But with BOOM! Studios’ Sons of Anarchy #2, writer Christopher Golden and the creative team do more than just deliver: they pull a James Cameron.

The star for this limited series is (a very haunted) Tig. Issue one did a fantastic job of setting that up. Here Tig is explaining to Kendra why he owes her father a debt.

*All the way back in 1998 the Sons of Anarchy were attending the wedding of member Lucky John, who was getting married to the ex-bitch of the leader of The Mayans, rivals of the Sons. Things did not go well. The Mayans crashed the wedding and killed Lucky John. Tig himself was about to bite the dust when Kendra’s father offed his would-be killer.*

*Note: of special interest we get to see Clay in this flashback, a great likeness of a younger Ron Perlman by artist Damian Couceiro.

As you’d expect Tig is more than willing to help Kendra, who explains her reasons for needing help.

Now come on. That right there is a seriously compelling story. And, once again, Holy Shit! But this time let’s apply that to the very last page. I’ve already given you spoilers above so I just can’t give this one away. But this one is a MUST BUY!

You may ask me the question that if I am recommending this as a MUST BUY why is the rating only 4 out of 5? The one and only complaint I have about this issue is the cover for the review copy (which I am guessing is by R.M. Guera) is not exactly up to the same quality as previous cover art published by BOOM! But that’s not a negative comment, more of a statement on my personal preference. I am certain there are many who will love it and I applaud the editor for going with something that goes against the grain of the mainstream.