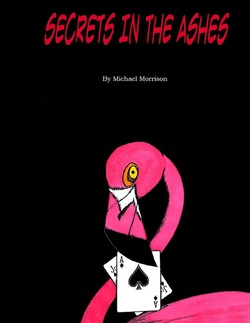 Summary: When a lady comes into his office, Detective Black's day certainly gets bad as he has to search for clues. And deal with past issues.

Review: In a world 60 years after World War 3 managed to happen cause we all couldn’t get along, one man stands above the rest in the fight for Justice. Okay, so he doesn’t actually go for the whole fight for Justice thing a lot. But he does detect things! And Mr. Black must have a 6th sense for being able to see the future, cause his feeling of the day being bad really gets to that point! Aside from a few areas that are in color, this book is all in black and white. So if you aren’t into that kind of thing, you might want to look elsewhere. But if you do that, you’re liable to miss out on something that’s a great read. And honestly, the lack of color fits this book perfectly alongside the art work. Lady Godiva looks like the kind of woman you wouldn’t mind getting to know, but you’d also want to have your ‘danger-sense’ handy. Cause otherwise, you’re liable to get into a deep pile of trouble. Especially when you’re hired to go to a place you aren’t supposed to be in! Mr. Black’s witty comebacks are one thing that makes you take a liking to him. Which is great, cause if you don’t like a main character you just aren’t liable to like the comic as a whole. And Michael Morrison does a great job in the writing department.

Taking a drink from someone that you know doesn’t want you around is not a good idea. And the resulting trip and wake up call is one you’ll want to be sober for. Death is a beauty of a woman however! The ending for this honestly reminded me of the Sin City film. And it makes me wonder if that’s where Michael got a bit of inspiration from for his ending. This is a read that will keep you rooted to where you are as you will want to know what happens on every page! Lady Godiva should have realized that old adage that all plans do not survive all that well once unleashed on the enemy. If this was ever turned into a short mini-series tv show, I would tune in. Cause its that darn good. You can also check out this sweet little video for the comic that will certainly help get your interest even more! http://mikemorrisons.blogspot.com/2012/06/secrets-in-ashes.html
5 out of 5 Stars.
comments powered by Disqus
Powered by