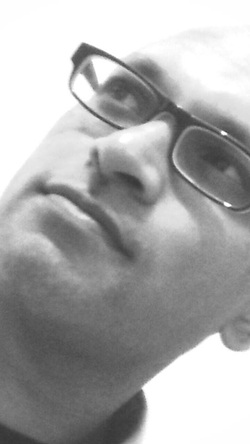 Warr and Peace at a Comic Con.

Last month saw the release of Warr and Peace, released by Fly Comics a UK based small press imprint the creator and the man behind the company, is Neil Sambrook, who is very, very busy man.  The guy has a lot on his plate. He’s a family man who’s got a full time job, an internet business and various other side gigs. He’s also behind a site called Comic Conventions, which is the bible for all con goers in the UK.

As the founder of the site he’s written about the ins and outs of the convention scene, basically he’s a “con-man” and that’s how I met the guy. He’s very vocal and passionate about comics and he’s given up buying tickets for early entry, press passes and defected to the other side.  In a no holds barred interview, Neil spoke to me about his new venture as a comic creator alongside artist Anthony Gregori and he tells like it is... 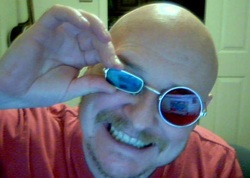 Mr. Sambrook himself!
How do you feel now that Warr and Peace has been released?

It took so long to put together, I’d almost gotten to the point where the project was in serious danger of falling flat.  I was colouring and lettering the comic myself, learning both on the fly, and I’d seen the pages that many times, that the final ‘finishing off’ bits and pieces was the hardest part from a motivational standpoint.  Seeing the comic in actual print though utterly re-ignited the reason that I started it in the first place, launching the comic at a small convention on the same day gave me the taste to continue to do it.

What it’s been like self financing a comic and what are the risks involved?

An absolute nightmare in truth.  The cost of hiring an artist is astronomical (from an amateur’s point of view) and issue one took every penny of my savings and then more again.  There were a couple of months I couldn’t pay Anthony and had to put a temporary production hiatus in place.  That the comic saw light of day at all is quite a mini-miracle given some of the personal challenges I’ve faced the last couple of years.  The risk is that as the writer/producer, you finance absolutely everything and take every financial risk yet the artist gets paid regardless.  I don’t want to start feeding the endless argument about writer/artist pay, but there are a lot of artists that shun and abuse you if you can’t meet a certain page rate, which is frustrating from a writers view as you end up many thousands out of pocket with the exceptionally high risk that you’ll never actually make it as a writer.  If you can find a like-minded collaborator who can genuinely draw (sequentially too, not an easy task) then you have a massive advantage over others and mitigate the risks hugely.

How did you go about looking for artists? And what made you pick Anthony Gregori to draw the story?

I actually had no idea where to start at all.  I found some forums but they seemed to be really quite serious; we’re talking $150 per page for pencils only.  That’s $6000 for the book before I even look at inking, colours, letters, and all the sundry bits and pieces.  I had previously commissioned an artist through Deviantart to design a logo for me so thought I’d do the same again.   I put an advert out and had about 20 replies, Tony was without doubt the best bang for buck on offer and didn’t try to screw me after agreeing to do it unlike a couple of others.  There are very, very few professional quality artists out there and even less who want to collaborate with writers on a joint project. 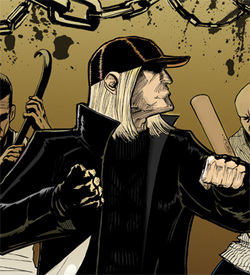 Rumble time!?
Why did you stick with the print route as opposed to the digital route which many are doing these days?

I suppose it’s quite contradictory as I am a big digital advocate, I buy very few singles and have stopped trades altogether now.  I am definitely not a traditionalist.  More than anything, I wanted to be part of the small press scene and selling a digital comic at a convention kind of defeats the point.  In the future I will definitely be going down that line, but I wanted my first comic to be a physical product for purely nostalgic reasons.

You’re also a founder on Comic Conventions, how do you balance that, your regular job, and this?

Yup, Comic Conventions is my baby, I started it in 2008 as a simple listings site until Dom asked if he could join the party in 2011.  It’s grown a bit now and has become slightly wild so look out for a new, pared down, back to basics site coming soon.  How do I balance anything in life is a more apt question?  I work a very stressful daytime job (often putting in 50-60 hours a week), I run a separate internet based business on top of that and do bits and pieces on Comic Conventions and other websites too.  I also have two boys aged 2 and 3 to contend with so I have a very busy life indeed.  My life is spent spinning plates.  This is why you’ll find me at the pub on a convention weekend, they are my retreat and excuse to wind down.

As a newcomer, how do you look at the UK comic scene?

The small press stuff is amazing and the quality of the final product (thanks to Stuart and Hal at UK Comics) is sublime.  We produce and export some amazingly talented artists and writers, it’s a real shame that comics like 2000AD don’t get the readership they deserve.  Too many youngsters are simply too attracted to the ‘big two’, probably as a result of the glut of films at the moment.  I grew up reading (apart from the Beano, Nutty, Whizzer and Chips et al) comics like Battle and Warlord before I started reading 2000AD.  Now we really don’t have that sort of outlet for the kids to pick up and run with anymore.  So in summary, we have the writers and the artists, just not much of an outlet in the UK. 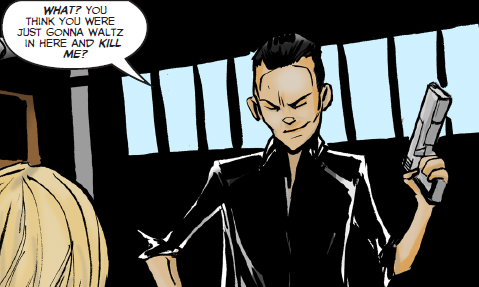 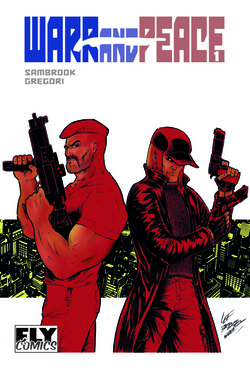 One reviewer pointed out Warr and Peace has a “real grindhouse New York 1970's vibe” was this intentional?

In some respects, yes.  I’ve never really understood what ‘grindhouse’ meant really though, but I wanted to put together a very traditional story of revenge, betrayal, and brutal violence.  I’m not and never will be Morrison or Moore but there are stories in my head I like to tell.  As a kid growing up in the 80's/90's, New York always seemed to be the place to be.


What does Warr and Peace stem from?

All my early influences I suppose.  In the 80's, comics seemed to have a darker, more mature feel to them; always slightly apocalyptic either overtly or in the undertones.  2000AD was blowing my mind and I’d just discovered Nostalgia and Comics in Birmingham where I bought the Punisher mini-series and the original Eastman and Laird’s TMNT series followed by Miller’s Wolverine.  It was a great time for comics.

What do you have lined up for further instalments?

More of the same, the comic should finish in its first installment at issue five when everything has been revealed.  Next issue Peace travels to Vegas to track down more of those on his list. The rest of the books are more traditional length, I learnt a lot after writing the first one.

You’ve been to many conventions over the years and just recently you had your own table at a local convention, what’s the experience been like?

You see things very differently indeed.  It’s great to get to meet people who support the small press scene and those who have never bought a comic book before as well.  People are friendly and complimentary, it’s scary at times because you’re not used to it as part of daily life but you often see a better side of human nature at the conventions.  I know that there are flaws with the first book, it IS my first book after all and I could highlight lots of bits that I don’t like or would want to improve on but people are very understanding and supportive.  You don’t feel like you’re being criticised, just encouraged to improve and do things better next time round. Which incidentally, is exactly what I intend to do.
comments powered by Disqus
Powered by