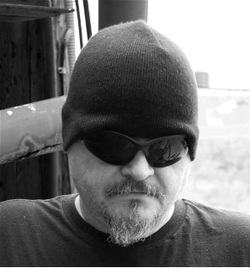 There are many concepts in the world that are either well liked, or not liked very much by certain kinds of people. Comics and Web Comics have enabled quite a few to tell stories that either push boundaries or simply focus on a certain subject such as Sin for example. A topic Keith Brown chose to persue for his Web Comic known as The Wages of Sin. And in this interview, Keith shares a few experiences on his Web Comic with Co-Creator David Paul of JOSEPH! So my friends, continue on with the latest journey of the Mind Meld!

An interview with cartoonist Keith Brown by David Paul 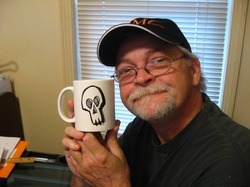 Hey! Its Keith!
Let’s talk about cartooning. Things have changed considerably in the past ten years alone. Once there were four major syndicates that an aspiring cartoonist needed to appeal to in the hopes of being published and having a career. Of those four, King Features is still around, holding on to doing things traditionally. But with some of those former syndicates turning to GoComics, now more than ever, professional cartoonists are being seen everywhere; online and in print. If your strip “Wages of Sin” had been around ten or even fifteen years ago, where would it have been seen?

It wouldn't have been for a variety of reasons, but mostly because 10 or 15 years ago I wouldn't have had the self discipline to get it this far.

Does your strip have a chance of being considered by GoComics for publication in print?

How do you know that?

I've submitted to everyone multiple times. One syndicate said I wasn't "family friendly". Another editor has been kind enough to speak with me about it on several occasions and has invited me to hit them up again later in the year. This is very nice of them but I fear it may just be them being nice because they were also very clear that because of the subject matter they didn't think they could sell it. I have never heard back in any form from any of the other syndicates.

As a cartoonist what kind of responsibility do you have to society?

I don't know if a cartoonists responsibilities to society are any different than that of anyone else. Be kind, rewind.

Tell us about “Wages of Sin”.

It's just pure silliness. The idea just hit me from an earlier editorial cartoon that I had done. The setting of Hell, at least for me, was just a means to an end. Because of it's mystical nature I felt it would allow me to introduce any number of characters and scenarios without need for explanation or continuity.

Is it difficult to approach real-life topics and apply them to your strip?

Not really and in fact I think it's those real-life topics that make it work.

When you consider a sensitive topic do you intend to be offensive?

Considering what someone may find offensive is as subjective as humor itself. Do I intend to be offensive? No. Do I purposely try to be pointed at times? Absolutely. 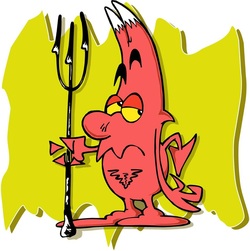 To those who are offended by the strip, what would you tell them?

I have yet to have anyone on the internet or anywhere else contact me in any way to tell me that they were offended by a strip or the strips subject matter although I'm sure they are probably out there. The subject matter of Hell and the Devil have been used in every form of entertainment. Some dark and serious (i.e. The Excorcist) and some more light hearted (i.e. The Devil went down to Georgia). And then there is South Park. I started cartooning about 4 years ago and I did a year long stint as a local editorial cartoonist before I started the strip.

What I have found the most amazing in that time is that no matter what opinion someone may have, if they put it in writing it may not even make a blip but the minute you add goofy pictures, sometimes people lose their ever loving minds. I didn't go into this to mock religion and I think most people get that. I haven't heard otherwise. I have a deeply religious family. They weren't to keen at first but now that they see what I'm doing they have relaxed a bit. Most times the Devil is the butt of the joke. This is not to say that I won't ever have some fun with Scripture but it is by no means the driving force behind the concept.

Personally, how would you respond to someone who would question your own ethics?

I'm not exactly sure how to answer that. Do you feel my ethics are questionable?

Your current print publisher is Hound Comics. Tell us about the anthology and how things got started with Hound.

Hound Comics is based on the characters Brimstone and the Border Hounds who fight to keep the forces of evil in Hell. They saw my strip and liked the lighter side of the same subject matter and they contacted me.

Are you supported by your cartooning, or do you also work a 9-5?

I make my living as a mechanical designer for a local machine tool manufacturer.

So let’s talk about the work itself. Describe your routine when you start a strip. Does it begin with the idea of a social comment?

It usually just starts with a premise or basic topic that I think would be funny but I may not have the gag yet. I write that topic in a little notebook and let it fester for a while. Sometimes the gag is immediately clear and sometimes it's not. 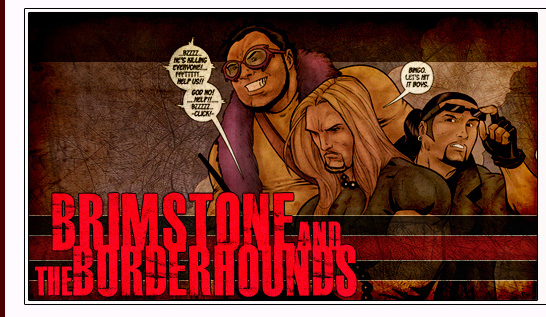 Some of that Hound Comics goodness! 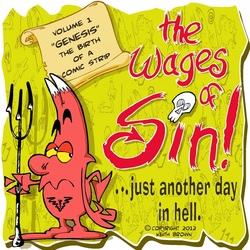 Are there any revisions before you’re finished?

Absolutely, I have re-written or tweaked the dialogue in many toons after they are done. This is why I prefer using a computer font.

I do a quick sketch of the characters first with very rough background, etc. Then I scan them into the computer and trace the scan and create a vector file that I import into Corel draw. At that point I can place all the elements in my template box and scale as needed. Then I lay in text. This is when I do the actual writing but there are times I will tweak that after the fact. I print it out and sketch the background and word ballons. Then I overlay it with drafting vellum and hand ink. I prefer Copic Mulitliners, .25 and .5 I'll scan that back in and run it through the tracing program.

The tracing ever so slightly alters the line work and this is what has helped me develop a "look" if it's ok to say that. I color in flat tones with a small, specific palette that I use. At that point I lay the text back in and may or may not tweak that. Tweaking the text after the fact can be tricky as the word balloons are already done. Writing alterations mostly happen before the final inking but I have done it. I like to keep them in a quick set-up, punchline format. Usually three panels. I also feel a short but sweet toon works well with mobile devices.

What comics and cartoons are you into?

I have been inspired by the same toons as everyone else. I grew up on Mad Magazine and loved Calvin and Hobbes, Peanuts, B.C. Wizard of ID etc. These day I purposely don't keep up with any toons because I'm scared to death that I might inadvertently lift a gag so I pretty much just live in my own little world.

Tell us a story from your past. What got you on to the path of becoming a cartoonist?

I have always enjoyed graphic arts and have been doing that in some form or another on my own time for quite a while. In the late 80's I attempted putting together an idea for a strip but I just didn't have the focus or discipline to really get after it at that time.

Who was the most influential person in your life?

There is no "one" person. I have had a lot of influences in my life and I think it would be a dis-service to try to mention only one.

Are you attracted to other art-forms? If you weren’t cartooning what else would you be doing?

Sure, I just don't think I'm very good at them. My mechanical design job does allow for creativity. I really enjoy it. I also played drums for many years in various bands. With an earlier start and more focus I may have been able to go pro but these days I just can't stay up that late anymore.

Tough luck there!
What other cartoonists do you feel a kinship with?

That's a great question. I have never personally met another cartoonist but there are a lot whose work I admire. I guess we all have a built in kinship by the sheer fact of what we all attempt to do.

What is more important to you, style or idea?

Idea. I have no style to speak of. Others may argue that but I'm not sure if I see it.

Talk to the aspiring cartoonists reading this interview. What do they need to expect?

I am still aspiring. The fact is it's very difficult. Sometimes I just don't want to do it but I do it anyway and I'm glad that I have. Wages will never be syndicated. I know this, but I think it has been invaluable training so that when I do it on the right idea I may be in a better position to get something rolling.

Many years after you are gone, what do you wish to be remembered for?

Visit Keith's site and get in on all the "sin".
http://www.thewagesofsin.net/ 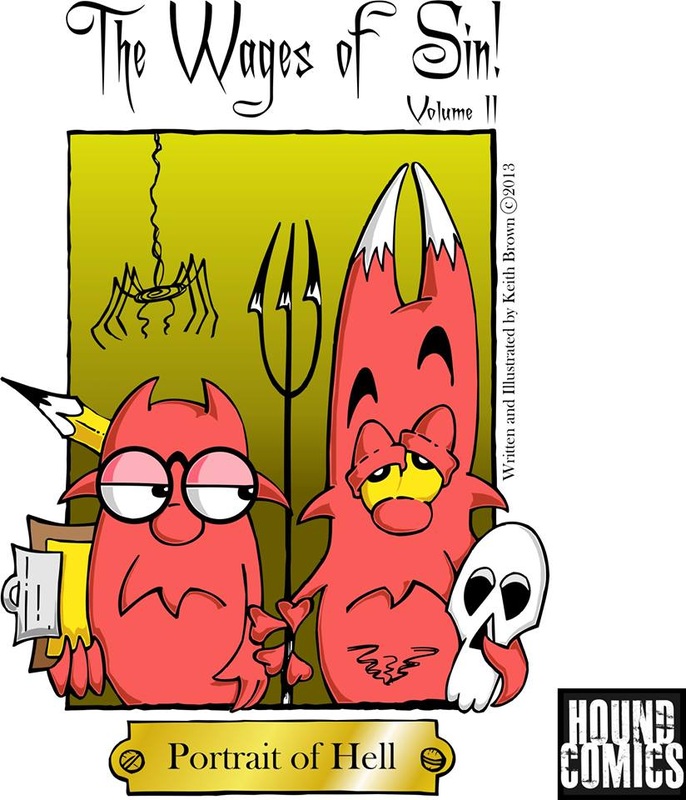