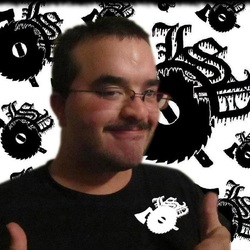 With us today in the Mind Meld is none other then Gary T. Becks, in which you may recognize his name from the JOSEPH! web comic IndieComiX has been running for some time now. If you've ever wondered about him and what he might be up too, well here's your chance! 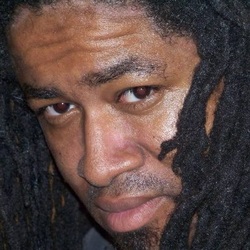 1. Welcome to the Mind Meld Gary! And the first question I like to start things off with is for those that may not know of you. Is who are you exactly and what is it that you do?

I'm originally from Washington DC and now reside in Long Beach, California. I'm a self taught artist who writes and draws comics, I also do music, which I went to school for, I attended Berklee College of Music for three years. I've gotten into digital art in the recent years, through Photoshop and the 3D medium. The main project I'm working on is my webcomic Mazscara, as well as comic strip series JOSEPH!, and other comic book projects Fiendy and The Humorville Hillarrions with letterer David Paul.

2. As you mentioned doing music, is there any samples you would be willing to allow us to hear?

I have a song in an indie film called Mr. Viral by Alex Boothby and another in the movie Romy and Michelle's High School Reunion. If you want to check out more of my music you can go to www.soundclick.com/noiseseduction.

3. To get an idea on things involving Mazscara, I started reading a bit of the first Mazscara book recently and having learned a couple of things about the character. My question for you is, what was the inspiration that came to you to create such a character?

There was a lot of development involving the character. The basic idea came around 1995 or so, after watching a Janet and Michael Jackson video called Scream. Basically Janet Jackson indirectly influenced  Mazscara's look and how I would come to design the overall image. There was also many other inspirations, The Bride of Frankenstein, the Gothic/Industrial scene and a little bit of the Undertaker from the WWE before he started speaking.

4. I am sure readers of this interview will be interested in checking out your Soundclick! Mr. Viral sounds like something to look up as well! Now awhile back I made a comparison of the leading lady from Mazscara with David Paul's character Ruthie from the Joseph web strip as that being the older version of Ruthie. Is by somehow a complete coincidence in the looks or just a possible result in your art style? Course I could be just seeing things so feel free to tell me so!

If you're talking about the Victoria Starfield character, maybe,  they're both feisty blondes with attitudes. Possibly just my drawing style, or just the way things work out. I really don't have that much of a set plan when creating characters, it kind of just channels it's way through me. As far as the Ruthie character goes, I couldn't explain to you in any detail how she came to be. When David sent me the character list, I just took a quick at it and drew the first thing that came to mind.
5. Speaking of David Paul, how exactly did the two of you wind up collaborating together on the Joseph web strip?

Joseph is David's concept, from what I remember, he had a dream about the story, and it moved him enough make it into something real. He sent me an email explaining the concept and asked me if I'd be interested in collaborating on it. David had RockNRoll Graphix at the time and was already publishing bits from the Mazscara story, and I think we had gotten the first Fiendy story into Heavy Metal Magazine. Joseph sounded like a great concept and I was more than happy to take part in it. It's very interesting to see the progression of the writing and the character designs from the time we started up until now.
6. For new readers to Mazscara, what can they expect to see?

I write stories like I write a piece of music, I feel dynamics are important. Right now, Mazscara has just finished the loud "action packed" crescendo and is in a quiet "character moment" diminuendo. I'm going more into different facets of the characters right now, there are more flashbacks involving Victoria Starfield in her last days as a Hollywood celebrity. There's also a whole arc coming that deals with the deep connection she shares with her older brother, who was introduced in Book One, when his life is put on the line.

7. Indeed I was speaking of Victoria Starfield! You recently started up a Kickstarter in order to get funding for Mazscara, how's that been like for you so far? And do you feel it will be a major success by the end of the project's funding run?

The Kicktstarter is moving slowly, and practically come to a halt. There may be many factors for this, I may have come off a little too ambitious for the first time, but it's a learning experience as far as I'm concerned, and there's nothing wrong with thinking big, especially when you're trying to put yourself out there. The good thing about Kickstarter is if you don't meet your goal you can do it again. I will learn from the mistakes in this one and revamp the page in a few months.

8. Provided the funding is successful, will the fans be only able to buy the 13 graphic novels online, in comic shops, or both?

The main goal for the funding was to print the 13 graphic novels in physical form, but there will be an option of a PDF digital format if that's what you prefer.
9. If you could go back and do anything over again, whether its related to Mazscara or otherwise. Would you?

Some things, maybe in Book One as far as Mazscara is concerned, but that's just the perfectionist in me talking. Other than that, I'm always growing and developing as far as my art goes. I wouldn't really want to go back, everything that I am up to this present moment was a result of that learning curve, and I wouldn't be the person/artist that I am now.

10. Earlier you mentioned Fiendy and The Humorville Hillarrions, what can you tell us about these two books? And where can readers go to check those out?

Fiendy appeared by Heavy Metal Magazine twice, the January 2011 issue and The March 2012 issue. Fiendy is an artist who makes art out of spaceship wreckage, called "Wreckagism" which is a highly radical art form, the Empire who controls the galaxy, has destroyed all the Wreckage artists but her, she is the last of her kind. Fiendy is inspired by the issue of censorship and the fight for artistic expression. The Humorville Hillarrions was a comic I was working on since High School. It evolves around Officer Jordan Jordash, a dwarf cop who fights crime in an alternate world Californian city called Humorville. There is one printed issue floating around, that I did in the late 80s. The art is very underground, but you can see a copy if you Google it.

11. And as for my last question, for those starting out in the Industry, be it music or comics. What would be your advice to them ?

Find your own style  and voice, don't be a follower, but take constructive criticism when it is needed. Most of all, enjoy what you do because it is what you Love to do, never try to please anyone, there is no such thing as perfection, learn from your mistakes. Draw, draw and draw some more, and erase just a little bit too.
Wow, I am loving the idea of Fiendy! I definitely wouldn't mind searching out back issues of Heavy Metal to read that! And Gary, it has been a pleasure talking with you and I thank you for the chance to allow me to have this interview with you! To check out the Kickstarter page, simply click here!
comments powered by Disqus
Powered by