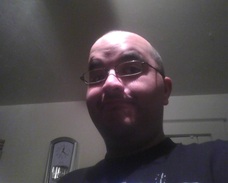 ﻿﻿The concept of alternate realities is a fun one. Sometimes even possibly a daunting idea that could make you question your own role in life. But D.J. Kirkbride and﻿﻿ Vassilis Gogtzilas however intend to make sure the idea of alternate realities don't make you question your own role in life. But to instead thrill and possibly even make you wonder if there is life in the Universe all over again with their upcoming title known as The Bigger Bang. And I had the fantastic opportunity to talk to both of them about what we may be possibly in for. So if you're ready, read onward my friends! 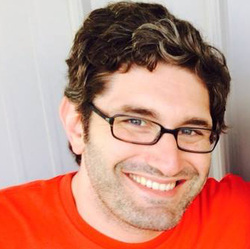 D.J.!
1. It was announced recently that the two of you are working together on a new upcoming title known as 'The Bigger Bang'. For those that may not be too familiar with either of you, would you two be willing to tell a bit about yourselves?

D.J.: Sure! I've been co-writing AMELIA COLE with Adam P. Knave and artist Nick Brokenshire for a couple of years now. It's a YA fantasy and adventure comic book series that's published in single digital issues by Monkeybrain Comics on ComiXology and collected in print by IDW Publishing. We have two volumes, AMELIA COLE AND THE UNKNOWN WORLD and AMELIA COLE AND THE HIDDEN WAR, out now -- and the third volume, AMELIA COLE AND THE ENEMY UNLEASHED, will be released November 5th. I also co-wrote a Dark Horse mini-series with Adam called NEVER ENDING, and for that we were joined by artist Robert Love.

VS: I had worked on comic anthologies like POPGUN and TITMOUSE MOOK. My most recent publication is THE ADVENTURES OF AUGUSTA WIND, which gave me the pleasure to work with the charismatic writer J.M. deMatteis.

D.J.: Vass and I co-created the book and pitched it to IDW. So, my quirkiness and his kineticism were part of the package. For me personally, this series has involved a very different way of writing. I've been working with my co-writer Adam for years now, so this was a whole new ball game. Vass and I worked differently than I ever have with an artist before, too. I gave him plots and breakdowns for each page, then he drew, coming up with the actual layouts, and then I came back and scripted it. It was a bit scary for me throughout the whole process, with more unknowns --  but I'm excited with how it turned out.

3. The idea of the multiverse can lead to a lot of fun discussions and theories, as you are the writer for 'The Bigger Bang' Mr. Kirkbride. What kind of appeal does the idea have for you?

D.J.: I just love possibilities as a writer. As a human being, that kind of vastness is frightening in an odd way. When I was a kid, I'd get dizzy and weirded out when I would lay down and look up at the sky. THAT was too vast for me, let alone the universe! I first heard about the term "multi-verse" as a kid from comics, and then to learn from the likes of Neil deGrasse Tyson that it's a REAL concept and... boom goes my tiny brain. 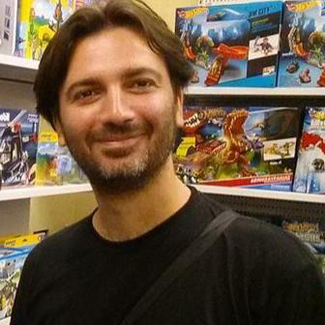 Vass!
4. Mr. Gogtzilas, as 'The Bigger Bang' seems to be primarily set in space. How excited are you to be able to really express your artistic skills due to the challenge a comic like this is likely to have?

VS: A story set in space, designed with versatile negative spaces can lead to a very intense and illusive outcome. This reflects the sense of an endless and timeless universe, which includes smaller ones, down to the actual artist himself.

5. Due to this only being a 4 issue mini-series, is there the potential to be more once the mini-series is over?

D.J.: I'd be up for it if there is demand, and Vass is willing. We've created just a madhouse where anything could happen. These four issues feel like a complete story, but we've potentially just scratched the surface.

6. When it comes to Print VS: Digital, what sort of views do you two have on it?

D.J.: Personally, I love holding a comic that's been printed on paper in my hand -- but I'm OLD. There's nostalgia to the way things were as I was growing up that I love. Meanwhile, many kids don't even consider it. Reading on a computer or an iPad is lovely, too, as I've discovered working with Monkeybrain and ComiXology on AMELIA COLE. I honestly don't care how folks read my work so long as they're reading.

7. Could the character of Cosmos potentially be seen as another Superman type? Or will the character be truly one to stand out from that possibility?

D.J.: He's a big muscular hero guy in a cape with crazy powers, so there is some Superman in his DNA, but Cosmos is has a guilt and sense of loss that Superman doesn't have. The Silver Surfer was a big influence in that regard, as well as Doctor Who. On a more personal level, the idea of carrying guilt unnecessarily, apologizing for things one might argue you actually didn't do or cause -- that aspect of Cosmos is something to which I can relate.

VS: Even though at a first sight Cosmos seems to have some stereotypical hero qualities there is more to the picture than meets the eye. Motivation is the key issue that distinguishes him from other characters. He moves into a complicated universe of his own emotional tendencies.

8. When it comes to Cosmos, what can we expect to see from him during the series?

D.J.: He's soul searching, finding for a place to fit in. His birth caused a catastrophe unlike anything that had happened before, but was it really his fault? He didn't cause his birth or, therefore, what ensued -- but he's taken on that guilt and is trying to atone by using his amazing abilities to help all those in need. One of the big questions is: if he's doing that just to make others love him, is he really "good"? Or is it more needy? He grows a lot over the four issues as he interacts with characters both trustworthy and dangerous. 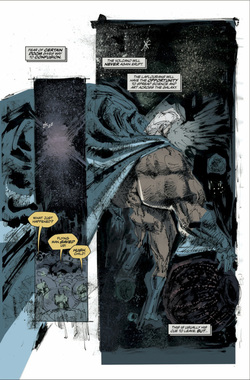 Click to enlargen!
9. As for the series itself, what kind of experience will readers likely have?

D.J.: Our hope is a great and fun one, right? I think it can be read on a purely visceral level, enjoying Vass's amazing art and colors and the bombastic text that Frank Cvetkovic really brought to life and tied to those visuals. A reader can also see the personal through line, maybe relate to it on another more intimate level.

VS: From my point of view I aimed at a visual representation of a unique essence. Art wise I had set a specific goal for a strong constructed comic book with a consistency as far as the expression of the core ideas are concerned.

10. For those wishing to see previous examples of work from either of you aside from what was mentioned in the news release. Where can they go?

D.J.: I've co-written three AMELIA COLE volumes that will all be available by the time THE BIGGER BANG issue 1 is released. That series is an ongoing YA fantasy adventure, and I'm very proud of it. If folks want a self-contained superhero tale, NEVER ENDING from Dark Horse is a nice little trade with a beginning, middle, and end. And everyone should check out THE ADVENTURES OF AUGUSTA WIND because the combo of deMatteis' words and Gogtzilas' visuals is a glory to behold.

11. As for my last question, for any looking to get into the Comics Industry. What sort of advice would the two of you be willing to give?

D.J.: Do it because you love it. You have to love it, because it's tough to get in -- and even when you do, it becomes tough in different ways. Sometimes I get frustrated because I want to work on comics and pitches all day, but I'm at a level where I need a day job. I used to not want to mention that in interviews, but it's a reality, and if folks are looking to get into the industry, I think it's important to put out there. Comics are fun and difficult and magical and heartbreaking. In the end, you have to love the medium to work in it -- or at least I do.

VS: I guess when it comes to following this path of creation you don’t really have a choice. If it’s meant to happen all your intentions will lead you towards this direction. To enjoy this journey though in a way that is full feeling and worthwhile, you might as well bare in mind that you need to do a lot of searching at the same time. This searching stays not on the surface of practical issues but goes further into more spiritual processes.

Editor's Note: My many, many thanks to both D.J. Kirkbride and Vassilis Gogtzilas for agreeing to take part in this interview. Also many thanks to the way awesome PR Man for his part in helping to get this going. And remember folks, The Bigger Bang will be at a stand near you in November! So do be sure to NOT miss out!
comments powered by Disqus
Powered by