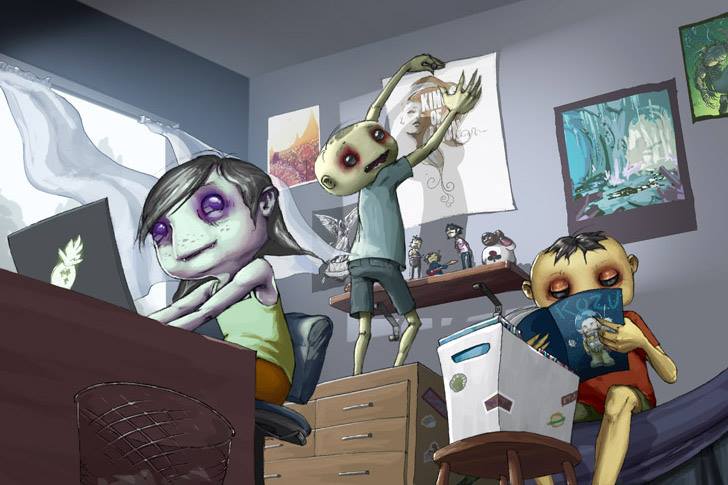 The joys of friendship! 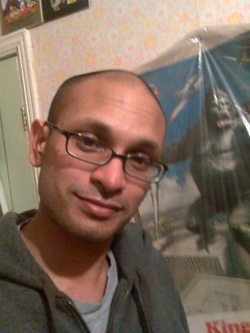 It’s been said that a colourist adds a lot to an artist’s work these days. Amongst such talent like Richard Isanove, Nei Ruffino, Jordie Belliare, Matt Holingsworth, and Beth Sotelo is no exception.

Her voyage into the four colour world of comics began in high school,  things got dangerous when she started reading Danger Girl by J. Scott Campbell and Michael Turner’s Fathom which the artist says “made me want to learn to scuba dive.”

Since 2001, her work on such books as Liberator, Fathom, and Shrugged has made her a fan favourite alongside the artists she works with. Aside from working with Top Cow comics, her blog documents the colouring process, her work on various comics, but when a kid known as Grump appears and steals the limelight, which he does with the help of his friends of course!

Beth is taking Grump out of her blog and into a comic of his own.  To find out more about her creation and her work in general, I spoke to the colourist from California recently. 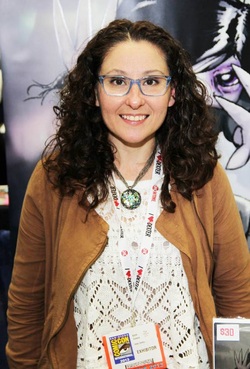 The talented Miss Sotelo herself!
I guess the term “four colours” is well extinct in comics these days, as colouring is far advanced. When you’re given a book to colour, what goes through your head before you add the colours?

My first thought is "Quick! Get the pages to the flatters!"

I started off doing flats and it's a job I'm happy to pass off. I'll read the script and look for any color notes. Then I'll stare at the line art for a bit and try to picture how it would look best colored.

How has the industry changed since you began colouring in 2001?

The job of coloring went through a huge change before I started. The colorists I worked beside had experience with painting guides for books. I only heard the tales as told by Steve Firchow and Richard Isanove. By the time I came around the biggest changes came from the amount of RAM you could install in your computer. It became easier and faster to work with bigger files.

Grump is such a far cry from your work on such books as Fathom, what do your peers think of your creation?

A couple of the first comments were, "very nice...kinda creepy" and  "you are one weird little lass" I took those as words of encouragement and kept going! 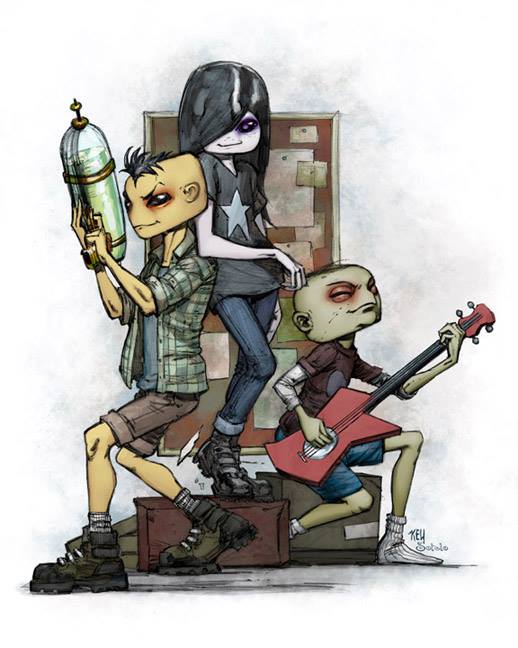 Grump getting to know just what friendship is!
You’ve said that Grump is an amalgamation of your granddad and Puffer fish, would you also say the story is about childhood as well?

Grump, Periwinkle, and Manny are 9, 9, and 10 years old. The story begins with the unusual circumstances that brought them together. It's about their particular childhood. Parts of which we will all be able to relate to.

On the kick-starter page, you spoke about Grump’s loneliness , why did you decide to make him unfriendly?

Grump is lonely. He doesn't get many opportunities to make friends. It isn't that he's unfriendly. He just doesn't know what friendship is, yet.

What are the benefits of self publishing?

When you self publish you can make your book exactly how you want it to be made. You also have all the responsibility of getting the word out about your project. That can be challenging when you only have 265 twitter followers!

Prior to having Grump on Kickstarter, did you pitch the character to any companies?

Most of the interest in Grump has come from publishers who've seen me at conventions. Of course Aspen has been very supportive from the beginning. My priority is to have the art for Grump completed first, and release Grump as a digital comic. 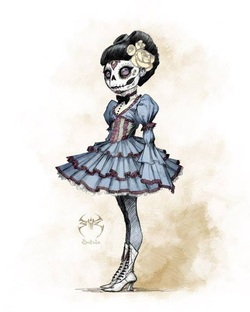 Grump's perfect match!?
What would have happened had Grump gone down the published company route?

I'm looking forward to Grump being published and produced as an actual book on the stands eventually. I'm happy to have this chance to complete it in my own way first,though.

There’s a lot of comic creators doing crowd funding right now, why do you think that is?

I think it's harder for a publisher to put their money behind an unknown character. The crowd funding gives us a chance to take our projects to the people and let them choose what they'd like to see finished.
As someone who works in mainstream comics, how has crowd funding sites like Kickstarter affected comic companies?

I'm not sure how much it's affecting them, if at all. Comic publishers have a bigger audience and wider distribution than many of the artists going through Kickstarter. I think the big winner is the comic book reader who now has the ability to find projects they're interested in and help get those made.

Could the bubble burst on sites like Kickstarter one day?

I think there will always be a place for crowd sourced funding sites like Kickstarter. It gives people a chance to diversify the comics being made, but creators have a responsibility to the backers to make sure there projects come out as expected.

Last year fellow colourist Jordie Bellaire wrote a very angry post regarding her experience at a convention, you attend a lot of conventions, what are they like and what is the response to your creation?

I usually go to about 4 conventions a year. Now that I'm Kickstarting Grump that number is going up. Most comic book artists work from home and sometimes conventions are the only way to see people's response to their work. I've been taking Grump to conventions since 2007. Eventually people would ask if there was a Grump book coming out. Now I can happily say YES!

Conventions are both exhausting and inspiring. I always come home feeling encouraged and ready to work... Just as soon as I recover from the cold I catch over the course of the con. 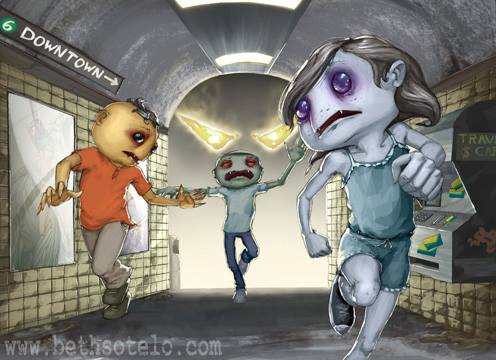 Time to start running like Forest Gump!
Editor's Note: To help bring Beth's Grump title to life, simply head on over her Kickstarter page! With 8 days to go and currently at 5,956 dollars of its intended 6,900 dollar goal, your donation will help out greatly!
comments powered by Disqus
Powered by