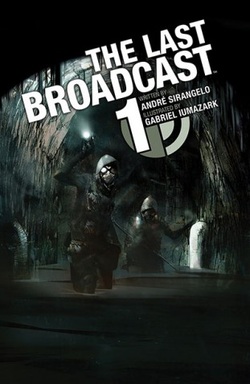 And now it’s time for another episode of MAKE IT OR BREAK IT with your host David Paul. And here he is, the Ayatollah of Rock ‘n Rolla, the host with the most boasts, the one, the only, David Paul!

Contain yourselves, please. There’s no need for all that ruckus. Keep your applause to a dull roar, if you will.

Now then, let’s talk about the movies. It is early summer so you’ve no doubt seen Captain America: The Winter Soldier, The Amazing Spider-Man 2, Godzilla, and X-Men: Days of Future Past by now. With the rest of the summer still ahead there’s much more to enjoy. Oh, we’re all debating the merits of what we’ve already taken in; the good and the bad. A number of let-downs, yes, but at least two exceeded my own expectations.

My personal favorite so far has been Godzilla. I know there are many who found fault in the pacing and the teasing, but I am a true G-fan. I’ve seen Godzilla at his best and at his worse. He’s been the good guy, the bad guy, and the comic relief and sometimes all three in the same movie. Like any true G-fan I can tell you the only reason humans exist in a Godzilla movie is exposition. Some may agree and ask, “Why have actors of such high caliber if they are only going to be wasted on exposition?” My only answer is, “Shut up. I’m trying to watch Bryan Cranston yelling about a dead Juliet Binoche.” Those same people may then ask, “Didn’t you want to see more Godzilla instead of Kick-Ass wandering around looking for little Japanese boys to rescue?” To which I can only reply: “What did I just say? Can’t you see I’m trying to watch Kick-Ass wander around looking for little Japanese boys to rescue? Now sit down and suffer!”

But seriously. I love the movie. I really don’t care how valid you believe your arguments are. Shut up.

Let’s not even talk about how bad Amazing Spider-Man 2 sucked. And there’s going to be more? Yes, more. Sony will keep popping out the suckage as long as you keep going to see The Amazing Crap-Fest and Marvel will never retain the rights to their own creation. I know, I know. This is something I’ve brought up before and I will again so let’s drop it for now and move on.

Moving on… I’d like to remind you the reason I’m doing this is to help miscreants like you decide if a comic book is worth picking up based on whether or not it should be adapted for film, television, or streaming media. As we’ve seen in the past (and currently in theaters) not all comics should be adapted. Sometimes a great story works better on the pages of a comic than they do on the big screen. That’s why I’m here: because big Hollywood execs think my opinion matters.

Tell you what, first I’d like to address the illustrations of this book. Really, very striking; a hodgepodge of Manga and Euro-Indie influence. As someone with experience in Heavy Metal Magazine I can say with some confidence this book is something I can imagine being serialized in its pages. So the book does indeed stand on its own as a comic. But the story is what matters if it’s going to be adapted, and this is one more than strong enough to be a movie. 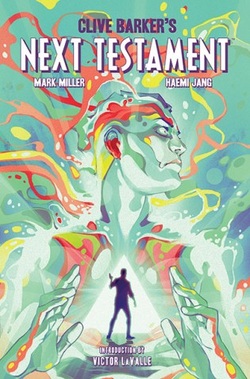 If you are unfamiliar with Barker’s work go read the Hellbound Heart, the book the movie Hellraiser was based on. In fact, go read any of Barker’s works.

Although I do like the Hellraiser franchise (as a guilty pleasure) I think film adaptations of Barker’s works have been disappointing. But when you read the source material for Hellraiser it’s easy to see how a filmmaker would have such a difficult challenge. The easiest comparison I can make is that of Lovecraft’s At the Mountains of Madness. For a few decades now that potential film has been in development hell. I’m eager to see how a faithful adaptation will fare but I’m not sure it can be done. How does a filmmaker bring to life a creature considered unfathomable? They’re going to try. Let’s hope they get it right.

When you read the Hellbound Heart it’s very plain to see how different it is from the film adaptation. There could be any number of reasons for that. So what we see here is how difficult it can be to adapt a great story from print to film.

What about Clive Barker’s Next Testament—can it be adapted for film? Oh yes. Yes, indeed.

I’m willing to bet that Barker was fully aware of the potential his story has to become a movie. I can’t be sure how closely he worked with Mark Miller to fashion this as a comic book but every panel is given special care to convince your imagination this is already a movie. As if what we’re actually seeing in print are storyboards from the production.

God from the Old Testament shows up and goes on a terror spree. That’s enough to get me in the theaters. So, yes: Make it. Make it now!

Unless you’re a fan of the Pathfinder series this is a waste of time. NEXT!

Sorry, but I just didn’t get enough out of a first issue to make a solid decision. I’m leaning toward “make it”.

This could make a very good sequel to the original movie. Ya know? Twenty years later, etc. If they were going to use this as source material for a totally new film franchise there would be a lot of changes. 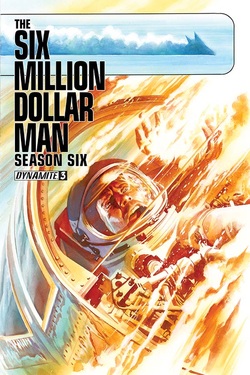 And our final entry…

Okay. There are probably two generations of people who just don’t get this. There has been that much time since the TV show ended. But for the generation who did watch the show when they were kids (and the older generation who were adults when it ran back in the 70’s) the fantasy of a sixth season is pure gold. Especially with the guest appearance of Jamie Summers!

See? Unless you know who that is you don’t care. This is one of those “wish it coulda been” comics, like Buffy and Angel. So since this is my column I’m going to imagine NBC did actually produce a sixth season but for some stupid reason it never aired before they announced the show was cancelled. Now, decades later, the sixth season has been discovered and released as a special edition Blu-Ray/DVD. Yup. That’s what it’s like inside my head.