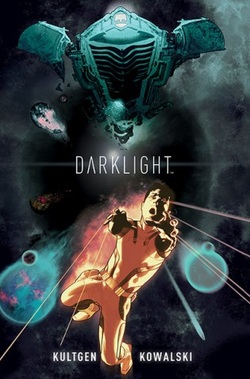 Make it or Break it

For so long now you people have been complaining that Hollywood is full of crap; there’s nothing original coming out of Hollywood. That’s very true. So let me tell you what’s wrong with Hollywood: You people!

What? How can that be? My pallet is pure, sir! Have at thee!

Alright now, don’t take it personal. I’ll explain: The simple truth is the people who produce the movies we all go see (myself included) are concerned with putting our butts in the well-cushioned seats of a nearby movie theater for the sole reason of money. You’re smart. You know that’s true. A movie is greenlit based on trends. That word isn’t a matter of “fashion” it’s a matter of value in the market: The market being movies.

So let’s say you went to see “Disney’s Crap Fest”, a movie about a princess who does nothing but sing about crap. Normally you’re a rational person. You can’t imagine any reason you would ever want to see a movie about a crappy princess singing crappy songs about crap. But your kids love Disney because Disney says so and you want to keep your kids happy. Or at least give your neighbors the impression you’re a good parent, and that alone is worth the $200 you’ll spend to watch a crappy movie.

Congratulations. You’re now a market statistic. You and the other 3 billion parents across America just decided the next batch of movies to be churned out by Hollywood for the next two years.

The most valued audience statistics in Hollywood right now are families, teenage girls and Christians. Don’t believe that? Take a look at the box office. And if you think I overlooked fanboys/comic book geeks you’re wrong. Hollywood producers throw us in with families. We may take exception to that but we’re talking statistics, and statistics are just about numbers.

To support my statement I point to this summer’s projected blockbusters, and mark my words: by the coming Fall the box office will have been ruled by Disney and Marvel.

What about Godzilla and the new Planet of the Apes movies? Look at those movies’ ratings. These are not movies targeted at adult audiences. Very few movies today are restricting their audience potential, thereby limiting their receipts. For all our ranting over the quality of a movie due to its rating, believe it or not ratings do still matter in America. They matter because of the dollar. Movies rated R no longer have the potential to make the kind of money at the box office they used to. If they did Dredd would have done much better and we would already be seeing a sequel this summer. Or imagine a rated R Ghost Rider! Or some other franchise you would rather see rated R.

I know these are arguments we are all fighting about now but let’s face it; despite what many of us believe Hollywood producers care more than we think they do. If we really want Hollywood to start making better (and more original) movies we have to stop paying to see “Disney’s Crap Fest”.

With that in mind this Heretic is here for you. You need to know which movies Hollywood should be making; which comic book titles need to be made into movies. So let’s get on with it!

I’m a big fan of what Sci-Fi movies are doing today. I think the launch pad for this new vision of Sci-Fi in films started with District 9. Although Darklight isn’t completely original, in the hands of the right director it could be something very appealing.

If you don’t know anything about the Twilight of the (Norse) Gods you’re in for a treat. Kultgen has taken that great epic and twisted it to fit perfectly in a Sci-Fi setting. The only complaints I have about it is the Sci-Fi itself seems to follow Star Trek rules (esp. TNG). That’s hard to avoid though, when you want to tell a great story in a Sci-Fi setting for a contemporary audience. Star Trek has influenced all of us as writers and as readers, so this is something I can easily accept for the greater good.

The other complaint I have is the extensive preamble: A two page narration. A good set-up is always appreciated, and we’re all familiar with the scrolling intros before all the Star Wars films. But two pages of text in a comic book is kind of jarring. Be interesting to see how a filmmaker would pull this off for a movie.

However, those are two small complaints and do not hinder the book at all. For a movie those elements could be played with in fun ways. And since we are making this movie I am thinking we need Lance Henrickson, Karl Urban and Rooney Mara. For a twist we can throw in Patrick Stewart as an android. Make it so. 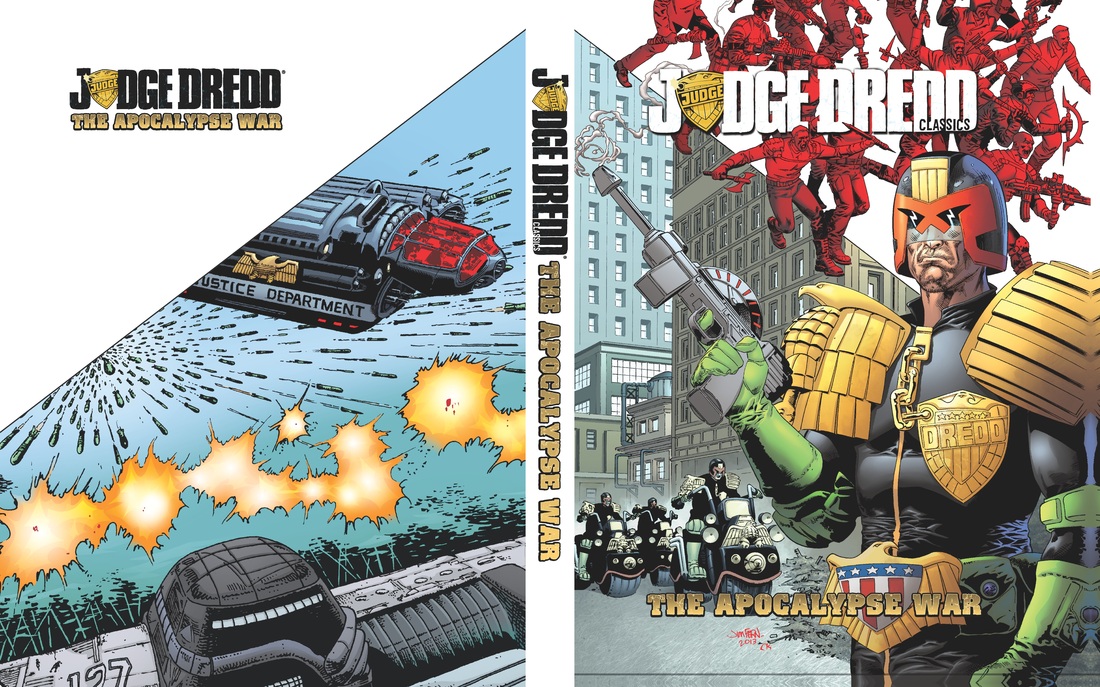 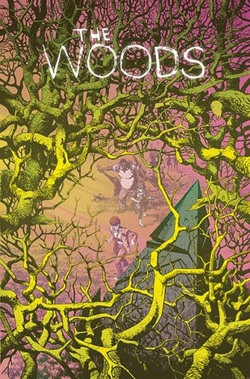 What? Break it?? Yeah, we gotta break this one. Lotta problems.

Obviously there have already been two major motion pictures. Dredd was drokking awesome and a sequel MUST happen soon. But when culling the expansive works of Wagner, Ezquerra. and 2000 AD for source material this is one story arc they can skip.

One of the problems I have is something I think IDW is to blame for. The original publication was black/white. Color has been added for this edition, or somewhere else after its first publication run in 2000 AD. To me it just looks out of place. It’s not bad, not at all; real quality work. But, again, to me it is not appreciated. I like for the original work to be unhindered.

Another problem I have is the editing. I can’t be sure what was edited for content and that really bothers me. I prefer it wasn’t edited at all. The product we have here is watered down. It’s the difference of watching premium cable over basic.

But the obvious problem I have is the story arc itself. It’s not more than a bunch of violent scenes strung together for effect. The basic story is thin at best, and that just isn’t good enough for a movie adaptation. As one part of a movie it would make for some great action, but not alone.

Of course there will be a Dredd sequel, but this should not be it.

“Tonight on the CW… it’s an ALL-NEW ‘I Was a Teenage Captive in Hell!’ Karen has no options after graduation and Sanami fights off the perverted advances of Calder, while elsewhere several other teenagers complain about being teenagers and then suddenly…! The students of Whatever Central Preparatory High School find themselves smack dab in the middle of Hell!”

Okay, I admit I was all about to completely dismiss this title as nothing more than YA fiction, full of the kind of teen angst that keeps stringing its target demographic along. Then I got to page 21 and (BIG SPOILER) they actually kill a kid. Not a teenager, a kid. And that got me interested enough to want to keep reading. That’s good writing and makes my imagination run wild with the possibilities of what could be.

I’d like to see this adapted as a mini-series for HBO or Netflix. If it goes to basic cable then AMC or somewhere the creative team will be encouraged to explore the possibilities without the threat of being muzzled by censorship.

And there you have it. Keep reading comics and keep going to the movies. Support the art and join us next time for another exciting episode of Make it or Break it!
comments powered by Disqus
Powered by