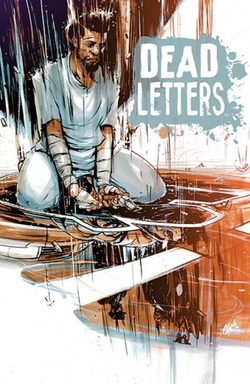 Make it or Break it

Are you sick of comics reviewers constantly LETTING YOU DOWN? Oh, they think they know everything, what with all their KNOWLEDGE of comics’ history and who did this or that; throwing their brains around, showing off all that grey matter. Smug bastards!

Well, now there’s a NEW WAY to review comics, just the way you like it.

Welcome to MAKE IT OR BREAK IT, the comics review article that tells you the only thing you care about it: “Should this comic be made into a movie?”

Comic book movies are all the rage today. Heck, teenage boys all across the Red, White and Blue are taking their favorite boys to see Spider-Man, Iron-Man, Superman, Shield-Slinging-Man, and Shirtless-Man three whole days BEFORE THE MOVIE OPENS. And with the cost of Super-Real-Imax-Real-D-HD-3D-Hyper-Optic-Murder-D ticket prices soaring like never before, you have to be careful the comic book movie you’re spending your bit coins on is worth it.

Here’s how it works: David Paul, a (non) professional comics guy, reads a comic book and tells you if they should MAKE that comic book into a movie, or if you should BREAK a bottle of (your choice of) flammable liquid over it and ignite that bitch.

No unsolicited opinions offered that you don’t give a crap about*. No lengthy debating over the art. No clever diatribe about useless exposition. No whining about the pathetic lettering. Just MAKE IT or BREAK IT.

*There will be numerous unsolicited opinions that you give a crap about.

I’m basing the verdict for this one on one issue alone. Probably be doing that a lot.

This reminds me of something I’d see in Heavy Metal. Basically a guy wakes up with amnesia and starts to run with all sorts a baddies after him. Turns out he was a killer and oh yeah. He’s dead. I want to read more so it makes sense to make a movie.

A little girl bonds with her grandfather over stories of his life that inspires her to grow up and become a storyteller herself. If done right this could make a rather beautiful movie, maybe something akin to “What Dreams May Come”, although it’s a very different kind of story.

Truthfully, this is a love story about stories, and the relationships with the people who inspire those stories. That would make a great movie.
LUMBERJANES #1

Imagine the horror: You’re sitting in a darkened theater, next to your bestie, who has drug you along to his tenth viewing of the latest Disney brain-rape: “Disney’s Lumberjanes”. You’ve heard really great things. It’s a return to classic Disney form. They’re comparing it to “The Lion King”. EVERYONE LOVES IT. There’s no way possible this can be a bad movie.

The movie starts; great animation. Story’s a little thin but you’ve sat through worse. You might actually enjoy this. Then the singing starts.

Not so bad. An opening number should be expected.

Holy dookie! There’s a useless song every two minutes in this movie. And it’s all about girls doing boy-stuff because apparently boys do girl-stuff now and old guys like you have just got to accept that fact and quit trying to stifle the healthy growth of your children. Girls rule and old guys are lame. And they’re gonna sing it to you every two minutes.

What have you done to deserve this? You’re a good human being. Basically. I mean, you did laugh at that Malaysian joke and you are stealing comics over the interwebs, but you try to live and let live whenever you can.

You turn to your friend. He’s singing along to every song, just like all the other ten year old girls and forty year old single, childless women in the audience. What the hell’s wrong with him?

If you pat him on the back at the right moment he may choke to (near to) death on a kernel of popcorn, thus you could pull him out of the theater and save his life. But really, watching him sing so enthusiastically about “Friendship to the Max” and “the Lumberjanes Pledge” turns your stomach. Do you really want to save him?

Join us again next time for another exciting episode of MAKE IT OR BREAK IT. When will that be? Sometime after David Paul recovers from sitting through “Disney’s Frozen”…

…which he stole from the interwebs.

Editor's Note: Stealing is bad, so don't do it.
comments powered by Disqus
Powered by