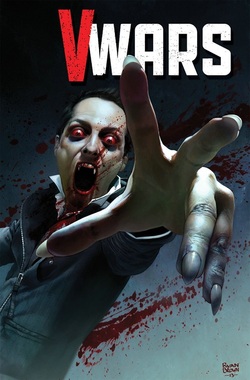 Crimson Queen
In another exclusive for The Birmingham Comics Festival it can be revealed that New York Times bestselling and multiple Bram Stoker Award-winning author Jonathan Maberry the writer of comics starring Captain America, Wolverine and The Punisher, will be making his UK debut appearance at the event on Saturday April 18th 2015 at Edgbaston Cricket Stadium.

“In our recent announcements we’ve promised fun and delivered art of the highest order, now we’re making good on our intentions to broaden comics’ literary horizons,” said the festival’s organisers.

The author of horror suspense and thriller novels, Jonathan Maberry has been winning accolades from his debut novel Ghost Road Blues onwards, though it must be declared his work as a writer on The Black Panther series for Marvel Comics, alongside popular mini-series such as Captain America: Hail Hydra, and Marvel Zombies Return: Wolverine and his Bad Blood series for Dark Horse are what have captured comic books fans’ hearts in recent years. The writer’s latest success is the ongoing V-Wars comic book series from IDW Publishing – This vampires as science faction scenario began life as an anthology book series, created and edited by Jonathan prior to the comic and is now being developed further as a multimedia project with a series now in production and expected to debut on television in 2015.

Jonathan Maberry is renowned for the ease in which he includes pop culture references, has the ability to choreograph a fight scene in his sleep, and can tell a riveting story. Joe R. Lansdale, another author known for dipping his feet into the comics medium, put it as succinctly as this of him: “This guy is good."

An active public speaker, Jonathan Maberry will be discussing his work in comics and as a novelist, plus a whole range of subjects - from the craft of writing, to transferring those skills from one creative medium to another as with the V-Wars phenomenon at various events and signing sessions during his time at the festival.

The Birmingham Comics Festival is both delighted and honoured that the award-winning writer Jonathan Maberry has chosen its debut event to make his own first British public appearance on April 18th 2015. 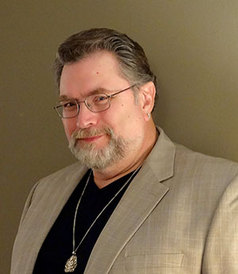 Growing up in a tough Philadelphia neighbourhood had some bearing on Jonathan Maberry’s future development: taught martial art from the age of six he went on to became an instructor himself, similarly he worked in the security industry (combining both as the Philadelphia District Attorney’s office expert witness for murder cases involving martial arts). A part-time freelance writer since the late seventies, he contributed articles and educational material on such related matters and wrote a series of books on the martial arts during the nineties, then wrote several books on folklore, and belief in the occult and paranormal.

Those latter books proved the catalyst for him to turn novelist, winning the 2007 Bram Stoker Award for Best First Novel with Ghost Road Blues, the first in what became known as the Pine Deep Trilogy series, with Dead Man’s Song and Bad Moon Rising following. Drawing from real life experience he also began writing the popular Joe Ledger adult thriller novel series, while his post-apocalyptic zombie thrillers, beginning with Rot & Ruin (that won the 2010 Bram Stoker Award for Best Novel) have found favour with younger readers and his novelisation of The Wolfman received far more critical accolades than did its silver screen equivalent, reaching number 35 on The New York Times Best Seller List, his various novels now appearing in some 24 different countries.

Writing for comics, Marvel Zombies Return also proved to be a New York Times bestseller with Marvel Universe Vs The Punisher, Marvel Universe Vs Wolverine and Marvel Universe Vs The Avengers establishing a theme for his work that was broadened with Captain America: Hail Hydra, Black Panther: Power, Doomwar and others. He also wrote the vampire miniseries Bad Blood for Dark Horse and is now writing V-Wars for IDW Publishing that is also scheduled to be a television series debuting in 2015.