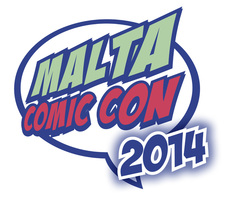 “The organisers have set a precedent for all other conventions on how to make the guests and visitors totally welcome and at home.

The choice of venue, a medieval fortress is superb and is, by far, the best locale I have ever seen a comic convention held within and the atmosphere created by the organisers is second to none.

The organisers obviously love Malta and this can be seen by the promotion of the country, its culture, history, cuisine and its landmarks through their tours and enthusiastic explanations as one spends time with them.

The inclusive nature they nurture through the involvement of children and young adults in the school workshops is perfect for a growing art form and in turn future industry in Malta.

They are a credit to the country and to the medium of comics”. (Tim Perkins, 2012) 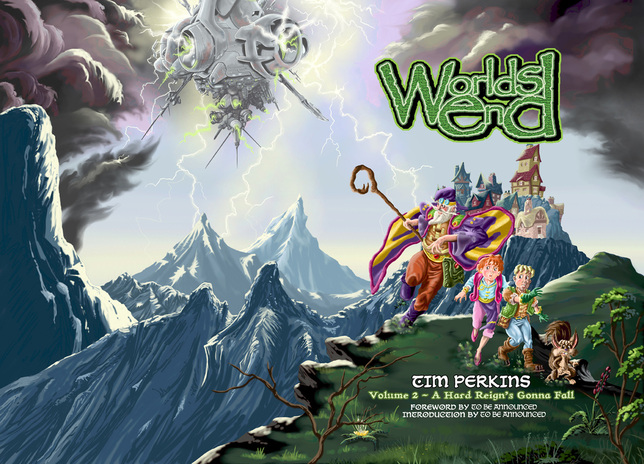 Jason Howard!
“I met Jason Howard during New York Comic Con 2012 and he’s a great guy on top of an excellent creator. We’re delighted that he has accepted our invitation and are certain that he’ll fit in well with the family spirit prevalent at the Malta Comic Con. Richard Starkings influence on the industry is such that any convention organiser would be delighted to have him on his guest list. Consequently, we’re excited to welcome him to Malta and look forward to his contribution towards our show. Tim Perkins and Sean Azzopardi were amongst the guests present at the first Malta Comic Convention. They believed in us from the off-set and in addition to their presence in each successive show they continue to provide invaluable input to help us develop further the Maltese comic scene and our convention. Simply put the Malta Comic Con wouldn’t be the same without them. The presence of these fine creators as well as that of the other guests has us all enthusiastically looking forward to the Malta Comic Con 2014 and we would like to take this opportunity to thank them for their participation and look forward to hosting them here” said Chris Le Galle co-founder of Wicked Comics.

Jason Howard is a comic book artist best known for his creator owned work. He had long runs as the artist of the Image comics series Super Dinosaur and The Astounding Wolf-Man, both with co-creator and writer Robert Kirkman. He also wrote and drew half of the cult hit comic Sea Bear and Grizzly Shark. In 2013 Jason collaborated with Warren Ellis on the webcomic Scatterlands. In May of 2014 the duo launched their new comic book collaboration; Trees. Trees is a science fiction series from Image comics that focuses on the quiet aftermath of an alien invasion.

Richard Starkings is a British font designer and comic book letterer, editor and writer. He broke into the industry lettering for 2000AD’s Future Shocks and a variety of strips in Warrior magazine. He then moved to Marvel UK where he later held the post of editor. In 1992 he founded Comicraft; a studio offering “Unique Design and Fine Lettering” and one which provides lettering services for virtually all the major publishers. Comicraft also sells Font designs as software applications through their Active Images company. Starkings created a character called Hip Flask an anthropomorphic hippopotamus which he used to promote Font Designs although later a number of one-shot comics featuring this character have also been published by Active Images. In 2006 Image Comics launched an on-going series titled Elephantmen as a prequel to Hip Flask. Elephantmen is written by Starkings and features the work of a variety of illustrators.

Tim Perkins is an award winning comic illustrator and writer and now graphic novelist based in England and has worked for over 30 years on comics as diverse as Dark Dominion, Transformers, Thundercats, Doctor Who, Judge Dredd, Dreamstone, Earthworm Jim, And Hot Wheels for such illustrious giants as Marvel, DC, 2000AD, Defiant, and Tekno, amongst a great many others.

He also works as a concept artist, designer and writer in the worlds of themed rides and attractions and animation, as well as lecturing about comics, storytelling and creativity. He is also founder and lecturer on the Fantasy Art Unlimited art course and is company director of Wizards Keep Publishing, the publishing imprint of Wizards Keep Limited.

His “﻿Science Fusion﻿” graphic novel Worlds End – Volume 1 – The Risers on the Storm is the first major publication from the company.

He is currently producing the artwork for the second volume, Worlds End – Volume 2 – A Hard Reign’s Gonna Fall.

Artwork from this second volume will be on show at this year's convention along with the hard backed copies of the first volume, the Worlds End Colouring & Storybook and a NEW Volume 2 Ashcan, containing some surprises for Maltese fans for sale. Tim also promises some Top-Secret new surprises for this 2014 convention. 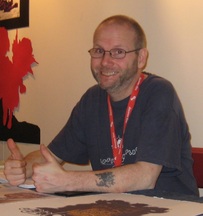 Sean Azzopardi is a London-based cartoonist who has created and self published comics for eleven years. During this time he attended a variety of comics related events, both locally and internationally. This year has seen Sean in France (Angouleme) and Malta (MCC). He has also been involved with collectives and was a founding member of London Underground Comics, and organised exhibitions with the Crouch End Festival.

Sean has produced many mini comics and books for his Phatcomics imprint, including acclaimed titles such as Ed, Twelve Hour Shift and Dark Matters. Away from self published titles he has just completed volume two of Necessary Monsters (First comics) and has drawn a back up strip for indy smash Phonogram (Image). He has also contributed to numerous anthologies and magazines, most recently the current Off Life and Ink + Paper.

http://sean-azzopardi.com
As customary Wicked Comics have designed a number of packages for fans wishing to travel to the Malta Comic Con from abroad, which include heavily discounted accommodation rates and local transport from hotel to convention centre.