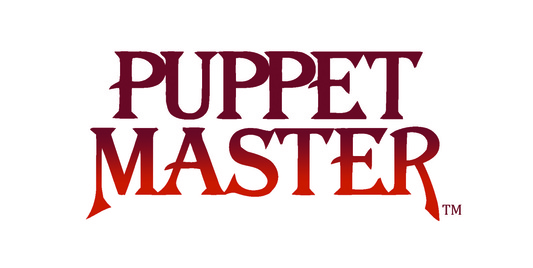 SAN DEIGO, CA- Action Lab Entertainment announced at their panel today at Comic Con International 2014 that they have secured the license to PUPPET MASTER, bringing Blade, Jester and Tunneler back to the comics page.

The series will be written and edited by Shawn Gabborin (Fracture, Snowed In) with art by a roster of incredible talents hand picked by series creator Charles Band himself.

Puppet Master is the story of Andre Toulon, an elderly puppet maker who discovers an ancient Egyptian potion and uses it to bring his creations to life. At the height of World War II, Andre fled to America, pursued by Nazis. In a last ditch effort to protect his secrets, the master packs the dolls away and takes his own life. Years later a rogue psychic revives the dolls, leaving his associates to face off against the monstrous marionettes. Decades (and a handful of "masters") later, the puppets are still raising hell in their own unique way.

The Puppet Master film series has enjoyed a worldwide cult following since 1989 and spawned nine sequels including the most recent, Puppet Master X: Axis Rising.

ABOUT ACTION LAB ENTERTAINMENT- Formed in 2010 with the purpose of pooling their collective talents into a single, powerful entity, the members of Action Lab Entertainment have countless years in multimedia publishing, design, and business.  Their first release, Fracture, was successfully funded through Kickstarter and since then they have continued their mission to produce high quality, genre-spanning entertainment.  Since its formation, the accolades for A.L.E continue to build on a daily basis.  Among its more popular titles are all ages material like the Eisner, Glyph, Shel Dorf Award nominated series PRINCELESS, NFL RUSHZONE (based on the Nickelodeon Television series), Jamal Igle's MOLLY DANGER, Artist/ Writer Jeremy Dale’s hit series SKYWARD, and Gale Middleton’s (My Little Pony, The Littlest Pet Shop) monstrously adorable VAMPLETS. Action Lab’s Mature Readers imprint ACTION LAB DANGER ZONE continues to push the envelope of comics entertainment with titles as varied as EHMM THEORY and Dan Mendoza’s over the top horror-comedy ZOMBIE TRAMP, THE FINAL PLAGUE and BO, PLUSHY GANGSTA.